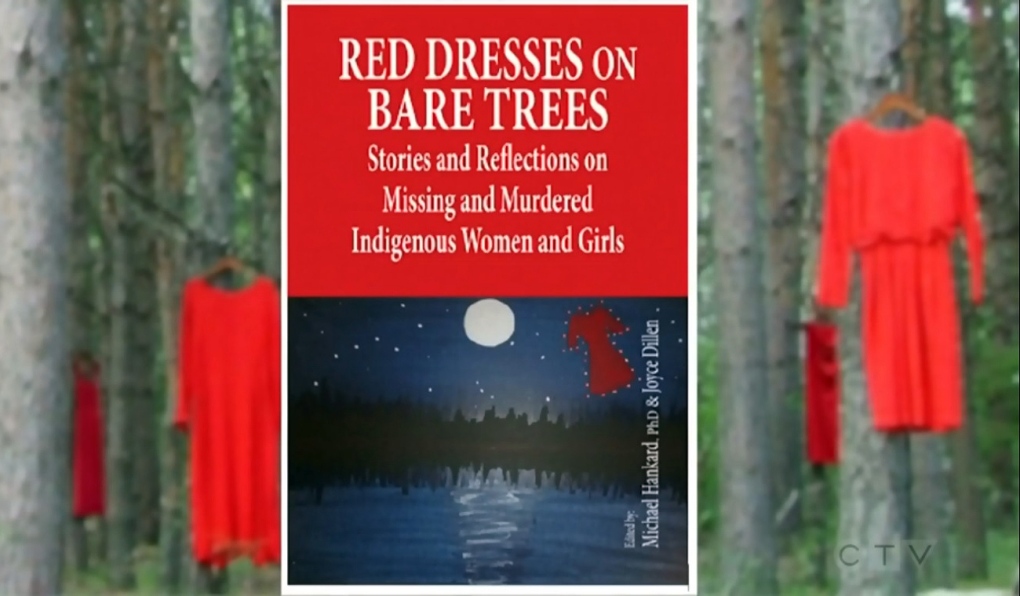 University of Sudbury Prof. Michael Hankard's newest book tackles a difficult topic from the perspective of both men and women. 'Red Dresses on Bare Trees: Stories and Reflections on Missing and Murdered Indigenous Women and Girls' launches next week.

That was the finding of a recent national inquiry and it has been accepted by Prime Minister Justin Trudeau. While our attention may have been diverted in recent months with things like American politics and COVID-19, the tragedy of MMIW hasn't gone away.

"I would say that it's a huge issue and I think it's only going to grow in magnitude in terms of our general population," said University of Sudbury Prof. Michael Hankard.

It includes essays and reflections by both men and women, seeking to bring a balance to the collective's unique roles and responsibilities.

"We're the fastest-growing segment of the Canadian population, the First Nations people, and I think within our population there's a couple things going on," he said. "First thing is that again we're increasing in size dramatically, but also that there's been substantial cuts in our healing programs and wellness programs over the years."

According to a 2017 report by the RCMP, via Statistics Canada, Indigenous women represent 10 per cent of the total population of women in Canada missing for at least 30 days. A total of 111 women were identified as missing due to "unknown" circumstances or foul play was suspected.

Hankard compiled those stories of the victims and those left behind. The book shares how some women experienced violence in their own homes and the impact it had on their lives. He's hopeful it will spark healing and reconciliation.

The red dress, which began as a Métis campaign, serves as a reminder to both Indigenous and non-Indigenous people about the violence Indigenous women have faced and how important is to be aware of the issue and what is being done to stop it.

There have been critics of Hankard's efforts, as he mentions in his book.

"In declining my invitation to contribute, she asserted that an Anishinabek-ini should not be undertaking this endeavour and that it should solely be addressed by Indigenous women. I take exception to this."

"Because of residential schools, a lot of our ways were lost," said Joyce Dillen, a contributor and Serpent River First Nation elder. "You know, some of our people are not remembering how important it is for a man and woman to work together and you know I cannot or would not ever refuse a male person who came to consult me on something."

Dillen said she is hopeful the book will lead to more communities looking out for one another and people being diligent about their loved ones and their neighbours.

"I'm very proud of him (Hankard)," she said. "I'm very honoured that he respects women in such a way that he would even attempt such a thing."

The book is going to have a virtual launch next Monday and is being published through J. Charlton Publishing.