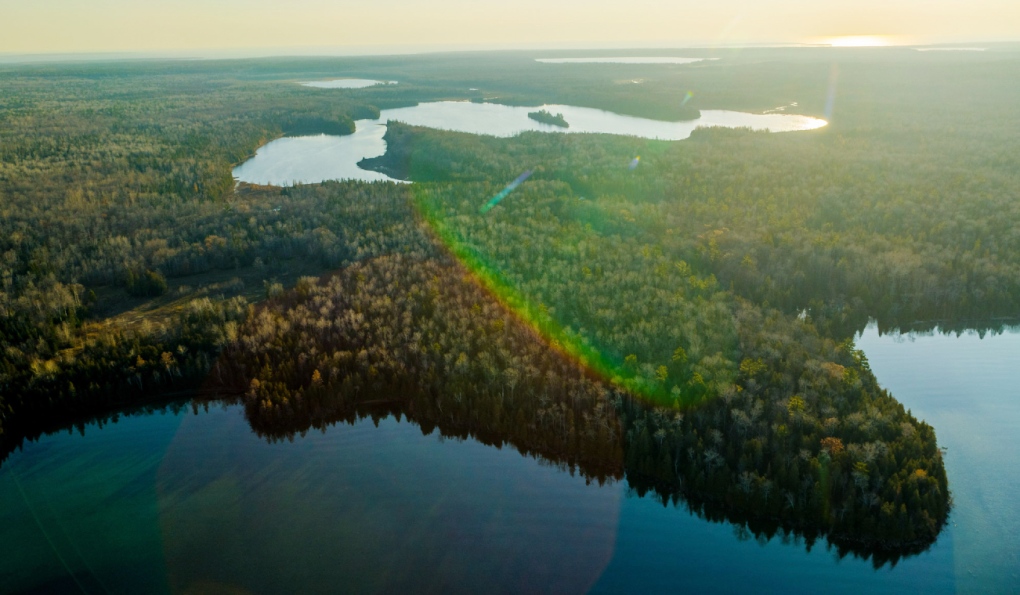 The Nature Conservancy of Canada (NCC) announced Tuesday one of its largest-ever single-property acquisitions in Ontario, valued at $16 million. Covering 7,608 hectares, the Vidal Bay Forests and Shoreline property protects 18.5 kilometres of shoreline on Manitoulin Island, on the north channel of Lake Huron. (Photo courtesy of the NCC)

The Nature Conservancy of Canada (NCC) announced Tuesday one of its largest-ever single-property acquisitions in Ontario, valued at $16 million.

Covering 7,608 hectares, the Vidal Bay Forests and Shoreline property protects 18.5 kilometres of shoreline on Manitoulin Island, on the north channel of Lake Huron.

"Now secured, Vidal Bay connects with adjacent conservation lands to form a protected area of more than 248 square kilometres of forests, wetlands and shoreline, the largest of its kind south of the Canadian Shield in Ontario," the NCC said in a news release.

"Vidal Bay provides an excellent example of the scale of the work needed to tackle climate change and the biodiversity crisis."

The group said that conserving an area of this size helps local populations of American black bears and gray wolves move almost unimpeded across western Manitoulin Island. Large-scale wildlife corridors like this provide local species with the uninterrupted habitat they need to survive and thrive, according to the NCC.

"NCC looks forward to continuing to learn more about the property and celebrating this incredible conservation achievement with donors, partners, supporters and the local community in the future," the release said.

Funding for the acquisition was made possible by donors, including area residents, cottagers and organizations, as well as funding from the U.S. Fish and Wildlife Service, Lafarge and Manitoulin Transport.

“Opportunities to protect large, intact natural spaces in Ontario, like those found at Vidal Bay, are incredibly rare," Esme Batten, NCC's co-ordinator of conservation biology for the Saugeen Bruce Peninsula, said in the release.

"The conservation of Vidal Bay not only protects habitat for the animals and plants that depend on it, but its forest and wetlands also clean our water and air while providing a place for people to connect to nature now and for generations to come.”

The NCC said intact forests and wetlands are essential to carbon storage, as well as air and water filtration.

In July, the NCC worked with the Manitoulin Nature Club to complete a virtual Vidal Bay BioBlitz to help inform the baseline inventory of species and habitats on the property.

The NCC’s next step is to develop a property management plan, which will identify conservation priorities and explore how people can be welcomed to this property for passive recreational uses.

The NCC is a Canadian not-for-profit, private land conservation organization, working to protect important natural areas and the species they sustain. Since 1962, NCC and its partners have helped to protect 14 million hectares across Canada.