It was a historic day in Moose Factory, Ont., as the Mushkegowuk Council signed a Memorandum of Understanding (MOU) with the Canadian government.

The MOU will launch a feasibility study for a proposed National Marine Conservation Area (NMCA) in the western James Bay and southwestern Hudson Bay shorelines within Ontario.

The agreement involved a visit from Canada's environment minister, Jonathan Wilkinson, who was also given a tour of the community.

"It's an enormous area. It's about 92,000 square kilometres and an incredibly important area from an ecosystem perspective," Wilkinson said. "From polar bears and beluga whales and a whole range of other species, but I think really the most important thing about this is that this is about the assertion of Indigenous leadership."

The idea was community-led and it was the Mushkegowuk Council who approached Parks Canada to make this become a reality.

A steering committee will be established to guide a feasibility assessment which includes representatives from both Parks Canada and Mushkegowuk Council.

Dialogue and consultations will take place within communities, interim funding from the government will also allow for a traditional knowledge study on marine and coastal use, traditional place names, and important species.

The process will also aim to quantify the large amounts of carbon sequestered in the marine ecosystem, which could exacerbate climate change.

"It's quite the historic day, a milestone I'll call it to where we're at today to study the bays' waters, out on the James and Hudson Bay and also to study the vegetation, the fish, the birds and also the protection part of it is quite surmountable," Grand Chief Jonathan Solomon said.

Solomon said he's excited about the project and how it'll look at protecting their way of life and their livelihoods. 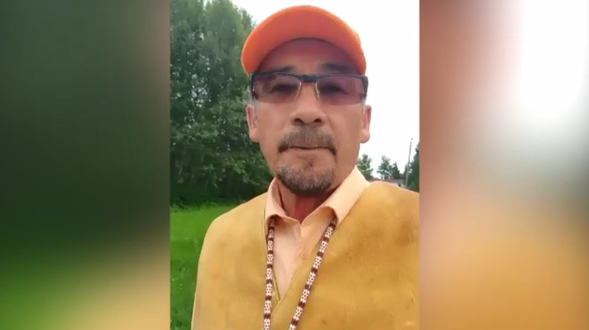 "We're very fortunate for Parks Canada and the minister of environment came to our table and they were very supportive of the idea of protecting the waters of the bays," the chief said.

Part of the project will be finding a socio-economic balance to ensure the quality of life isn't negatively impacted.

"Trying to find a balance in regards to looking at eco-friendly, economic opportunities, but the most important part, is protecting it," Solomon said.

"Hopefully we can find ways to make life more affordable for people who live there. There are ways for us to make environmental contributions even in those kinds of spaces like requiring low-carbon fuels," Wilkinson said.

The whole process is expected to be finished within the next three years.