The first happened when a transport rolled over on the Highway 17 bypass just of the Kingsway. Ontario Provincial Police say the road is blocked in all directions. 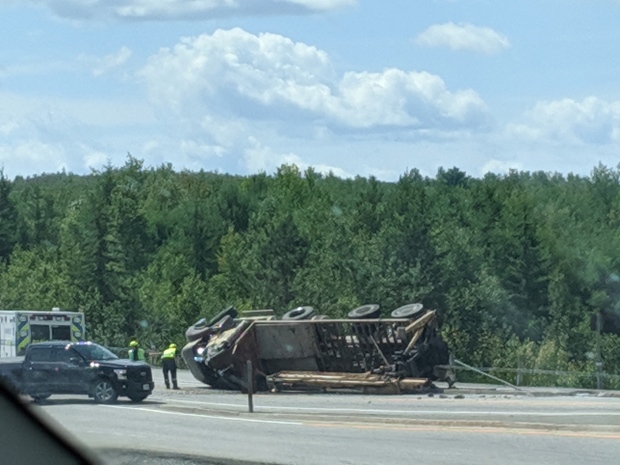 The second happened on Highway 11 south of Sundridge when a camper being pulled by a truck rolled over. 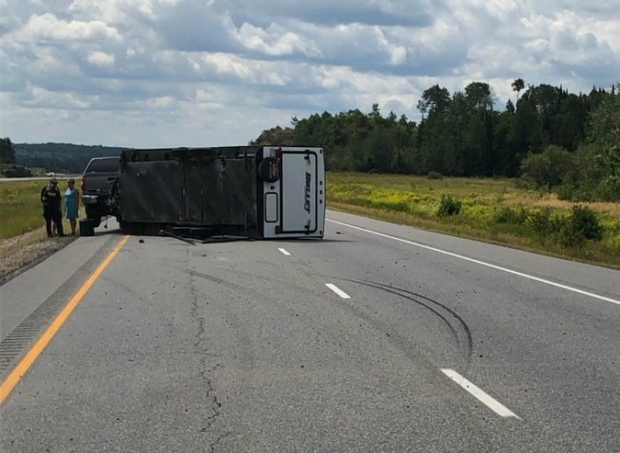 No injuries have been reported.

Police are asking drivers to slow down in that area

The third collision on Monday afternoon involves three vehicles on a different part of Hwy 11.

This one happened North of North Bay, north of Cooks Mill Road.

Police say the lane is blocked and no injuries have been reported.

#NorthBayOPP are investigating a 3 vehicle collision #Hwy11 north of Cooks Mill Road. No injuries reported. Lane is blocked and tow is on route. Officers at scene. pic.twitter.com/X4i1Wg6u7f

The fourth crash occurred shortly before 3 p.m. in Sudbury on the Kingsway near Bancroft Drive.

Fire and paramedics are on the scene and the extent of injuries is unknown.

Police say drivers may experience delays in the area and ask that people slow down and make room for emergency responders.