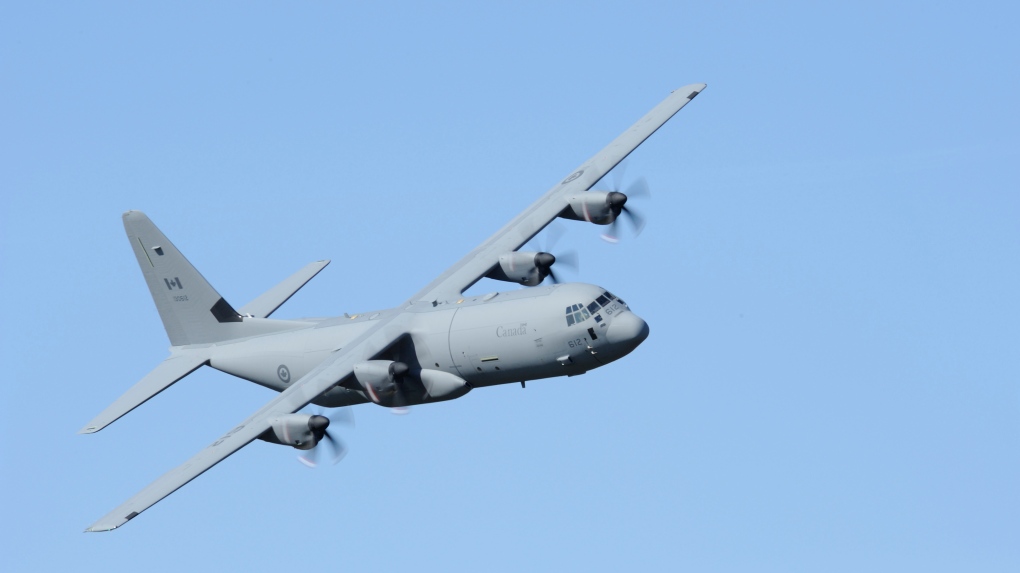 CC-130J Hercules planes from Trenton, Ont. will be involved in the training exercises from Feb. 28 until March 6. (Royal Canadian Air Force)

SUDBURY -- The Royal Canadian Air Force (RCAF) will be conducting tactical flight training in the Sudbury area over the next week.

Military officials said two CC-130J Hercules planes from Trenton, Ont. will be involved in the training exercises from Feb. 28 until March 6.

"Tactical flight training, which may involve aircraft flying at low altitudes, high speeds and performing turns, is essential for maintaining the skills of aircrew, so they are ready to safely execute Canadian Armed Forces missions around the world; often under challenging conditions," the air force said in a public service announcement on Friday. "It is important that these proficiencies are maintained in Canada so our aircrew are prepared to execute these manoeuvres in potentially life-threatening situations. All efforts will be made to ensure that disruption to the community will be at a minimum."

Members of the 436 Transport Squadron are taking part in the training.

"Some RCAF aircraft are larger than many passenger airplanes and may appear to be flying lower than they actually are. During this exercise aircraft may operate as low as 1,000 feet above ground level, RCAF aircrew adheres to strict rules and regulations at all times to ensure safety," the air force said. "Members of the Royal Canadian Armed Forces are well-trained and there is no risk to public safety during this exercise."

Last week, military planes and parachutes were seen in the sky above the Long Lake area as search and rescue crews practised responding to different scenarios.