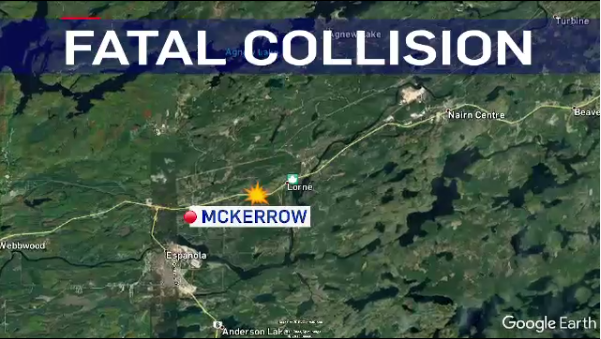 Police have now identified the person who was killed Monday morning in a highway crash near McKerrow, west of Sudbury.

They say 26-year old, Samantha Quick of Sudbury, was the driver of a vehicle that collided with a tractor-trailer before 5 am, on Highway 17, east of the Espanola.

Police say the victim died at the scene and that weather was not a factor in the collision.

The highway was closed for five hours.Original:

OPP say the crash happened before 5 a.m. on Highway 17, east of Mckerrow, not far from the Espanola turnoff.

It involved a transport truck and a passenger vehicle.

Police say the victim died at the scene, and the highway is now partially open to traffic.