Vandalism to rail tracks in Mattawa could have caused serious harm, police say 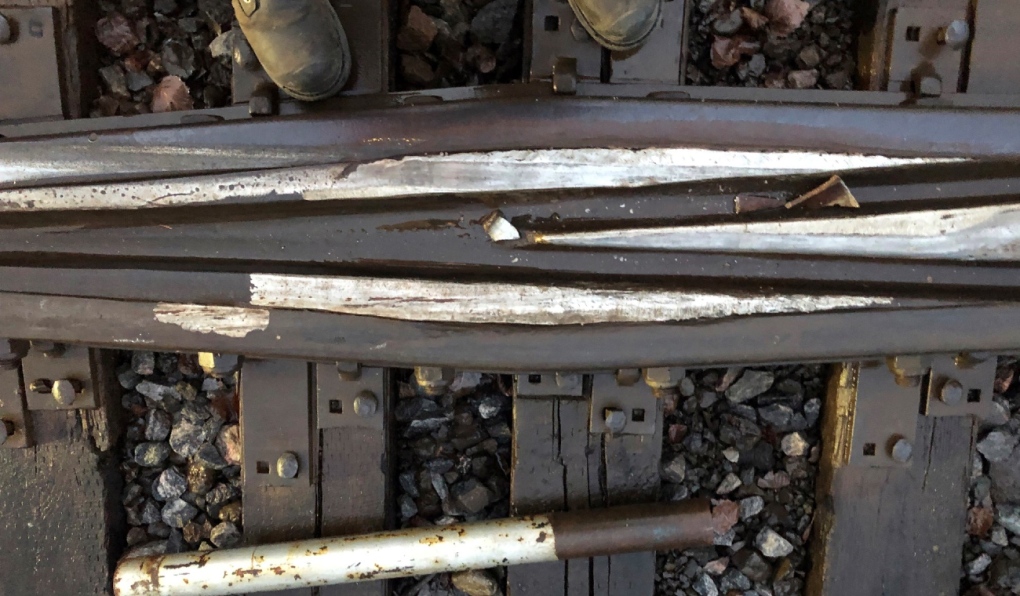 Ontario Provincial Police in Mattawa is asking for the public's help in their investigation into who damaged railway tracks in Mattawa. (Supplied)
Sudbury -

Ontario Provincial Police in Mattawa is asking for the public's help in their investigation into who damaged railway tracks in Mattawa.

Police were altered Oct. 25 that damage had been done to the tracks in the area of Taggart Lake Road.

"Further investigation revealed that sometime between Oct. 21 and Oct. 25, unknown person(s) tampered with the rails by removing parts of the rail that affect the switch mechanism," police said in a news release.

And a short distance away, objects had been stacked on the tracks, police said.

"Railway tracks, yards and equipment are private property," the release said. "Playing on them is dangerous and illegal. This senseless act could have caused a train to derail, resulting in severe damage, injury or death."

"The OPP reminds everyone to stay clear of railway tracks. No matter how scheduled a train seems, there is always the possibility of an unscheduled train roaring down the tracks."

Anyone with information about the case is asked to contact the North Bay OPP at 1-888-310-1122 or their nearest police authority.