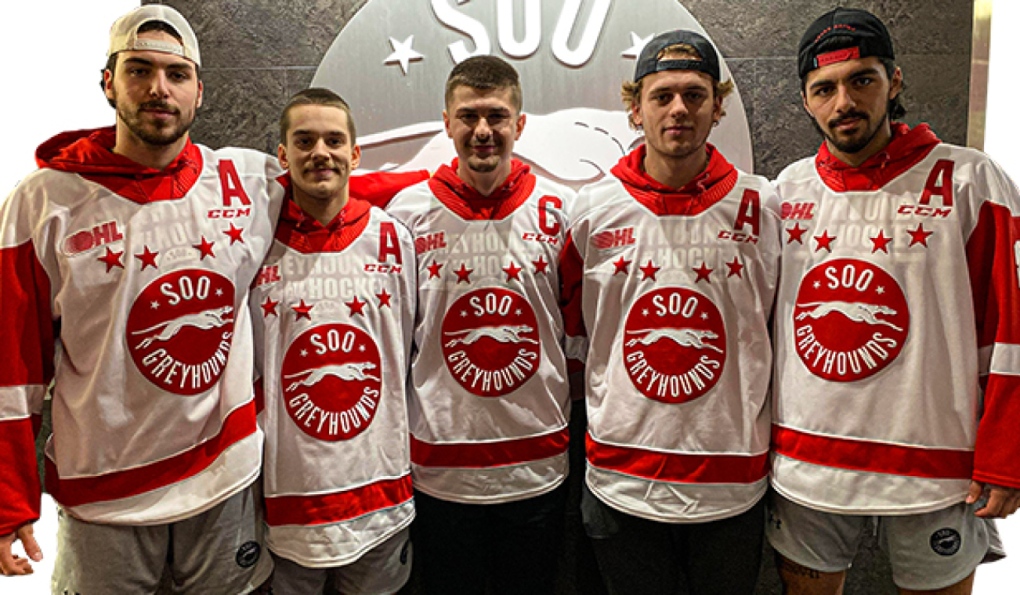 The Soo Greyhounds announced this week that New York Rangers prospect Bryce McConnell-Barker has been named captain for the 2022-23 Ontario Hockey League season.

He will be joined by assistant captains Kalvyn Watson, Tyler Savard, Mark Duarte and Ryan Thompson.

"I'm excited about, and for, this year's leadership group led by Bryce McConnell-Barker," head coach John Dean said in a news release.

"It is a special moment for the organization but also for each individual to be recognized for their character both on and off the ice … Their responsibility now is to model the values we covet as an organization and be ambassadors for us inside the community."

McConnell-Barker, a London Ont., native, is in his second season with the Greyhounds. Last year, the 6-foot-2, 196-pound centreman led all Hounds rookies with 23 goals and 26 assists in 68 regular season games.

After producing five points in 10 playoff games, the Rangers picked McConnell-Barker in the third round of the 2022 NHL draft.

"It's a true honour and a privilege to be selected to lead this group of talented young men," he said in the news release.

"Last year I learned a lot from our lettered players. They taught me the importance of leading by example on the ice but even more importantly off the ice. I'd like to thank my coaching staff and teammates for having the trust in me to lead our team. I'm looking forward to this upcoming season."

The holiday toys catching the eyes of industry watchers

Canada coach Herdman on Croatian tabloid: 'My wife's coming after you guys'

Canada had just lost its first World Cup match in 36 years, outplaying Belgium for much of a 1-0 defeat, and an emotional John Herdman revealed in the on-field interview what he had just told his players during a postgame huddle.

Oscar, Golden Globe and two-time Grammy winning singer-actress Irene Cara, who starred and sang the title cut from the 1980 hit movie 'Fame' and then belted out the era-defining hit 'Flashdance ... What a Feeling' from 1983's 'Flashdance,' has died. She was 63.

Authorities in China's western Xinjiang region opened up some neighborhoods in the capital of Urumqi on Saturday after residents held extraordinary late-night demonstrations against the city's draconian 'zero-COVID' lockdown that had lasted more than three months.

Iran's supreme leader praised paramilitary volunteers tasked with quashing dissent on Saturday in a televised address as dozens of eye doctors warned that a rising number of demonstrators have been blinded by security forces during anti-government protests.