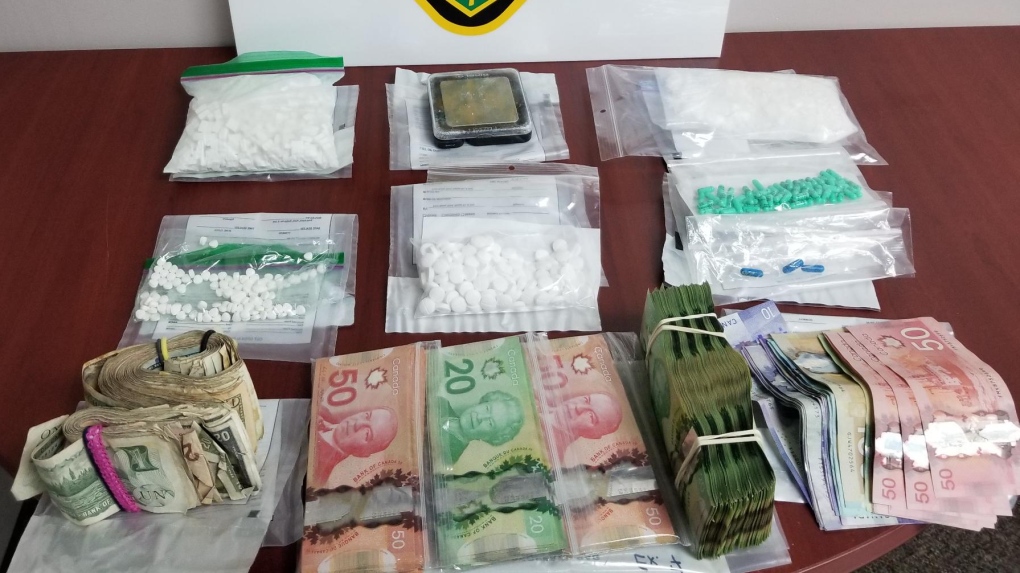 Drugs, cash, trafficking paraphernalia and debt list seized in an Aug. 11 search of a West Street home in Hearst. (OPP)

A Hearst, Ont. couple in their 60s has been charged with drug trafficking following a raid on a West Street home last week, Ontario Provincial Police say.

Officers from the North East Organized Crime Enforcement Bureau, along with the OPP community street crime unit and members from the James Bay detachment searched the residence Aug. 11 in an ongoing drug trafficking investigation.

Approximately $50,000 in suspected narcotics -- including hydromorphone, methamphetamine, cocaine, oxycodone, and Dilaudid – were seized along with a debt list, $30,000 in cash, a scale and packaging materials.

Russia said Saturday it has withdrawn its troops from the once-occupied city of Lyman, as Ukraine's eastern counteroffensive recaptures more territory. Russia's Tass and RIA news agencies, citing the Russian defense ministry, made the announcement.

How Canada's empty offices could get a second chance

Offices in Canada still haven't returned to their pre-pandemic occupancy rates, and now a growing number of underused buildings are being converted into apartments and condominiums. CTVNews.ca takes a look at this trend.

As Hurricane Ian ravaged coastal towns in southwest Florida, residents in this quiet suburb thought they would be safe, having no beach and living outside areas under evacuation orders. But then the water kept flowing in.

The defense team in the U.S. Capitol riot trial of the Oath Keepers leader is relying on an unusual strategy with Donald Trump at the center.