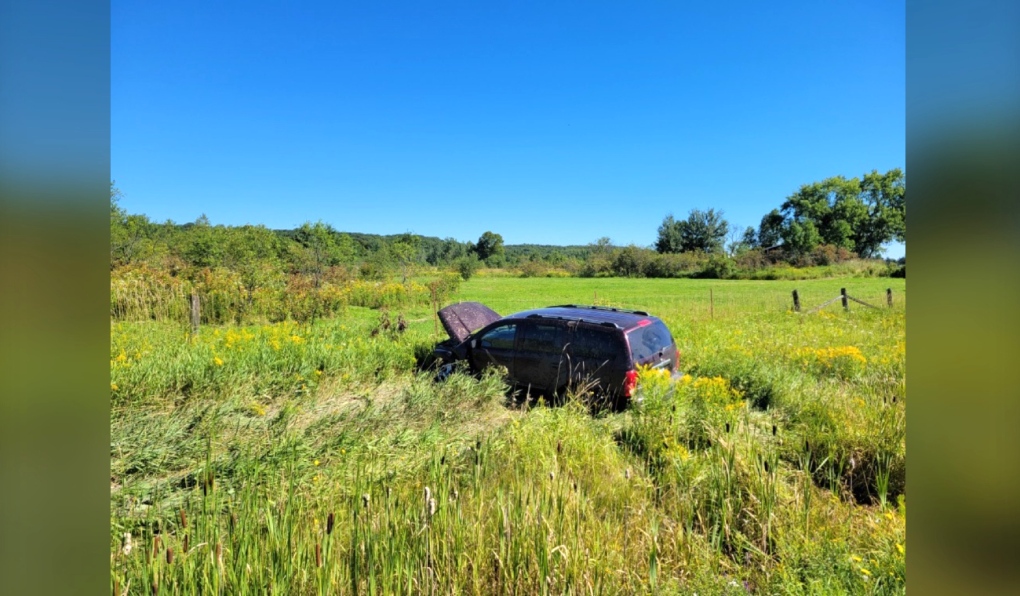 Ontario Provincial Police in North Bay are investigating a single vehicle collision on Clelland Road in Pringle Township on Aug. 12 at approximately 9:30 a.m., according to a news release Saturday.

The scene was attended by OPP officers, the Argyle Fire Department and Powassan Emergency Medical Services.

“Police investigation revealed that a vehicle was travelling east bound on Highway 522 when the driver lost control and, swerved across both lanes of traffic before entering the north ditch,” police said in the release.

Four individuals were in the vehicle and three were transported to hospital by EMS with non-life-threatening injuries.

The driver of the vehicle was arrested and charged with careless driving and driving under a suspension.

In a tweet on Wednesday, police are asking anyone who witnessed the collision to contact the North Bay OPP detachment at 1-888-310-122.

#NorthbayOPP is investigating a single veh collision that happened on Aug 12, 2022 on Hwy 522 near Clelland Rd, Pringle TWP . Three people were taken to hospital with non-life-threatning injuries. Police are asking anyone who witnessed the collision to call 1-888-310-1122 ^lh pic.twitter.com/XJdXUYjo5M

Police are continuing to investigate.

Canadians in Russia who hold dual citizenship should leave the country immediately or risk being conscripted for mandatory military service, the Government of Canada is warning.

Ceremonies, marches and other gatherings are taking place across the country Friday as communities mark the National Day for Truth and Reconciliation. The federal statutory holiday was established last year to remember children who died while being forced to attend residential schools, as well as those who survived, and the families and communities still affected by lasting trauma.

Russia vetoed a UN resolution Friday that would have condemned its referendums in four Ukrainian regions as illegal, declared them invalid and urged all countries not to recognize any annexation of the territory claimed by Moscow.