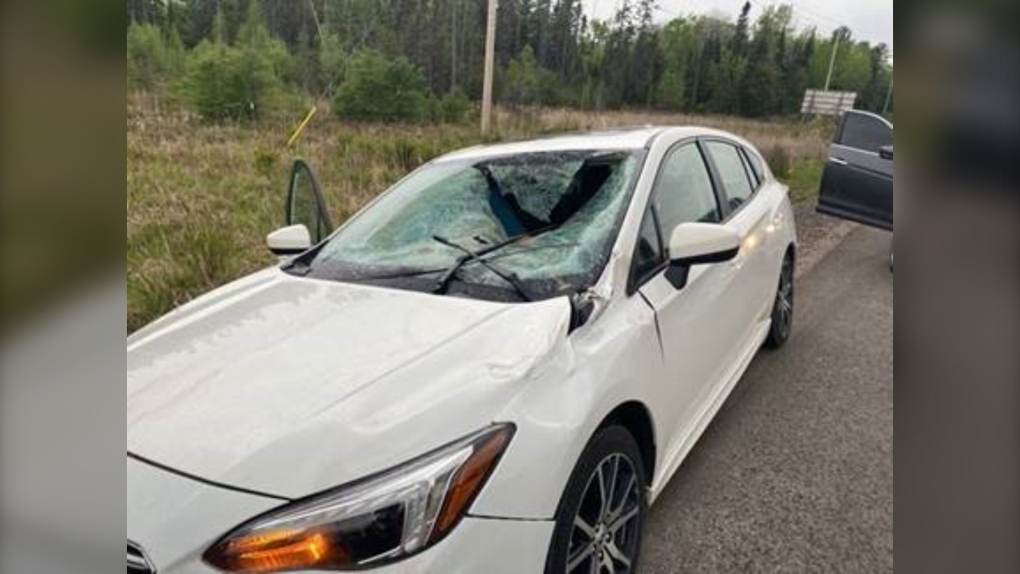 The Ontario Provincial Police in North Bays have responded to 26 animal related collision already this month and a total of 70 this year. (Supplied)

SUDBURY -- The Ontario Provincial Police (OPP) in North Bay are advising of increased highway collisions involving deer, moose, and bear in the area when compared to June of last year.

Officials say officers have responded to 26 animal related collision already this month and a total of 70 this year.

“Animals pose a significant danger at night but these type of collisions occur at all hours of the day. Some of the collisions involved multiple moose and deer.”

OPP are reminding members of the public to be safe and consider taking the following steps to help reduce the risk of a wildlife collision, especially at night:

Since 2016, police have responded to two animal related collisions that resulted in fatalities.