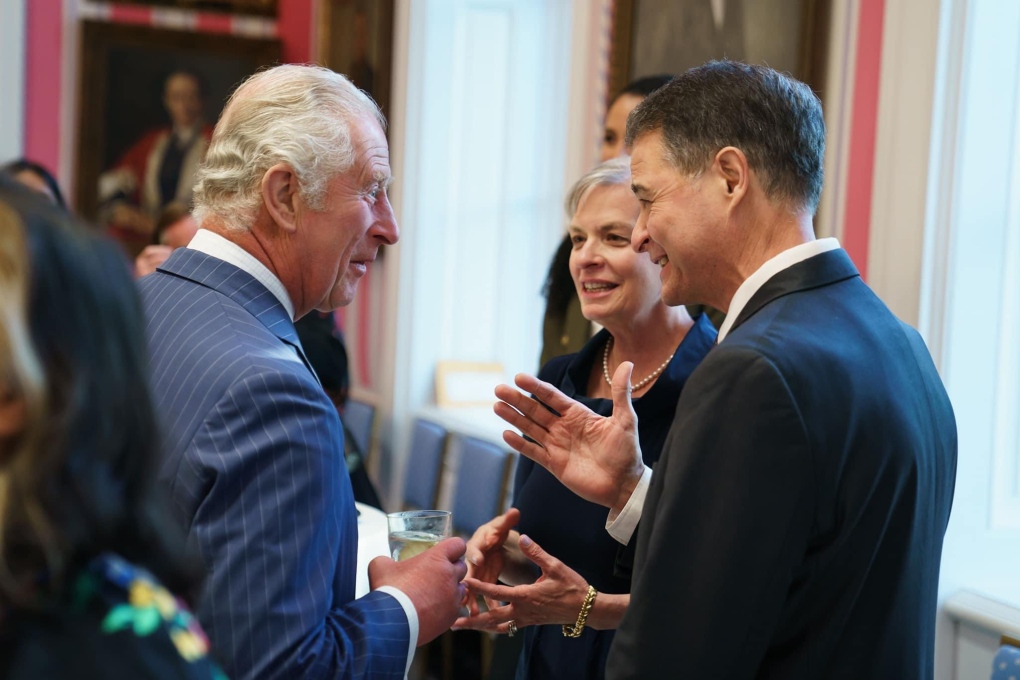 As part of this week’s royal tour, a northern Ontario MP reflects on meeting Prince Charles.

Nipissing-Timiskaming MP Anthony Rota and his wife Chantal got to meet and speak with the prince at Rideau Hall in Ottawa Wednesday evening.

"It was very warm, as the prince was very charming," Rota said.

It was the first time Rota met with the prince, who was visiting Canada as part of his three-day royal tour of the country. The tour started on May 17 and concluded on May 19.

The tour was one of many ways for Canada to mark the Platinum Jubilee of Queen Elizabeth II.

The trip focussed on Indigenous reconciliation and climate change, while connecting with a Canadian public that is increasingly skeptical of the monarchy.

"We talked about what was going on in parliament, and some of the issues that are very hot right now. And we brought up some personal matters," said Rota.

Prince Charles and his wife Camilla, the Duchess of Cornwall, spent time in Newfoundland and Labrador, Canada’s Capital Region, and the Northwest Territories.

"The prince has been to Canada a number of times," said Rota.

"It was nice to see the future king coming to Canada and you could tell his interest was sincere."

As NATO prepares to embark on the greatest overhaul of the alliance’s deterrence capabilities since the Cold War at a leaders’ summit in Spain, Canada’s role in the new defence strategy remains uncertain.

Canadians who want a Nexus card will have to travel to U.S. to get it

A Nexus card is supposed to help put low-risk Canadians on the fast track when crossing the U.S. border, but at least 330,000 Canadians aren’t sure when their applications will be processed.

Canada Day celebrations are making a return after two years of scaled-down festivities because of the COVID-19 pandemic, but some Canadians hoping to catch a traditional parade may be out of luck.

'I just pray that they are going to be fine': Witnesses recall violent shooting at B.C. bank

Witnesses recount what they saw after police officers engaged in a shooting with armed suspects at a bank in Saanich, B.C., on Tuesday morning. Two suspects are dead and six officers are in hospital with gunshot wounds.

The mastermind of an elaborate Ponzi scheme that cheated hundreds of people of tens of millions of dollars was sentenced Tuesday in a Barrie, Ont., courtroom. Charles Debono has been behind bars since his arrest in 2020 for his role in one of the largest Ponzi schemes in Canadian history.

Tensions were high in India's western Udaipur city Wednesday, a day after police arrested two Muslim men accused of slitting a Hindu tailor's throat in a brutal attack that highlights a dramatic escalation of communal violence in a country riven by deep religious polarization.

Airbnb has codified a global policy that prohibits guests from hosting parties or events on all listed properties.