'It's about educating everybody': Nipissing First Nation on residential school history

'It's about educating everybody': Nipissing First Nation on residential school history

Friday morning, Judy Couchie stood in the middle of a drum circle at Nbisiing Secondary School on Nipissing First Nation, near North Bay, visibly choked up.

She had just finished sharing her deeply personal experience as a residential school survivor with the crowd gathered in the school's gym. 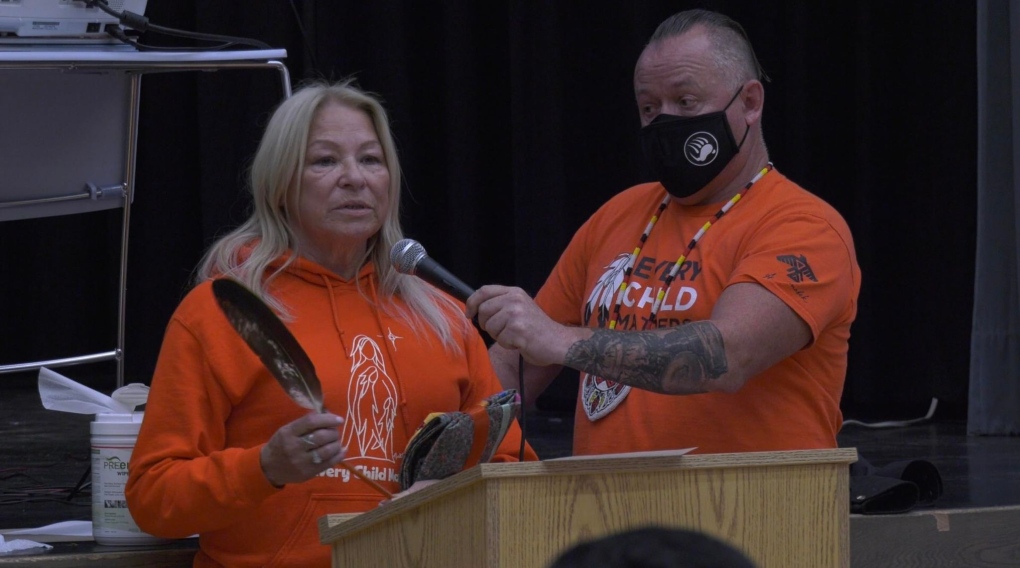 Young girls and women sang and played the drum for her as she reflected on the experience she has lived through.

"With finding the 215+, it's disheartening to me," Couchie said, referring to the bodies of children found buried in unmarked graves at various Canadian residential schools across the country.

The northeastern Ontario Indigenous community and its allies gathered at the school on National Day for Truth and Reconciliation for a ceremony and walk to the local residential school monument. 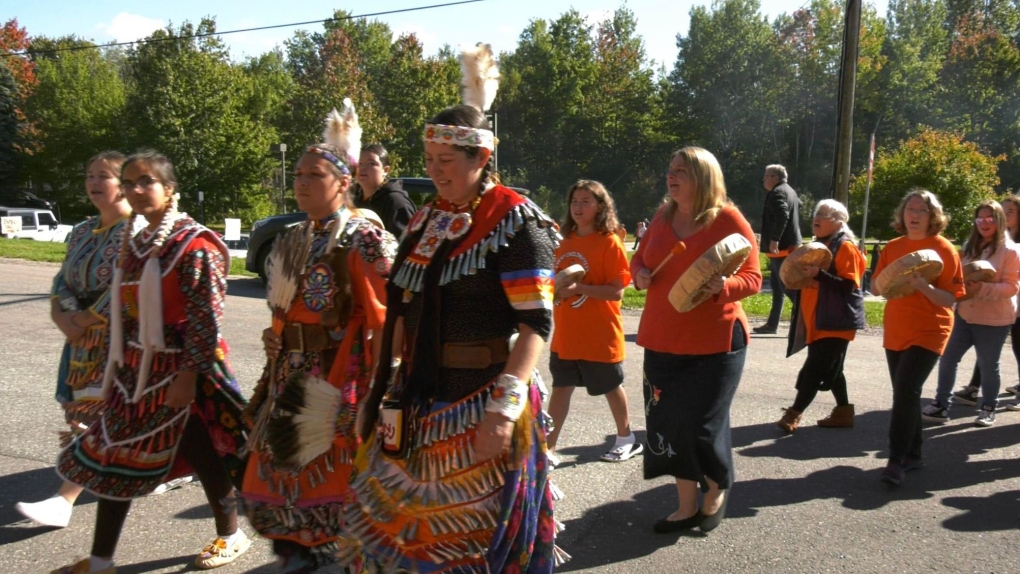 As Couchie told her story to the crowd, tears trickled down her cheeks. 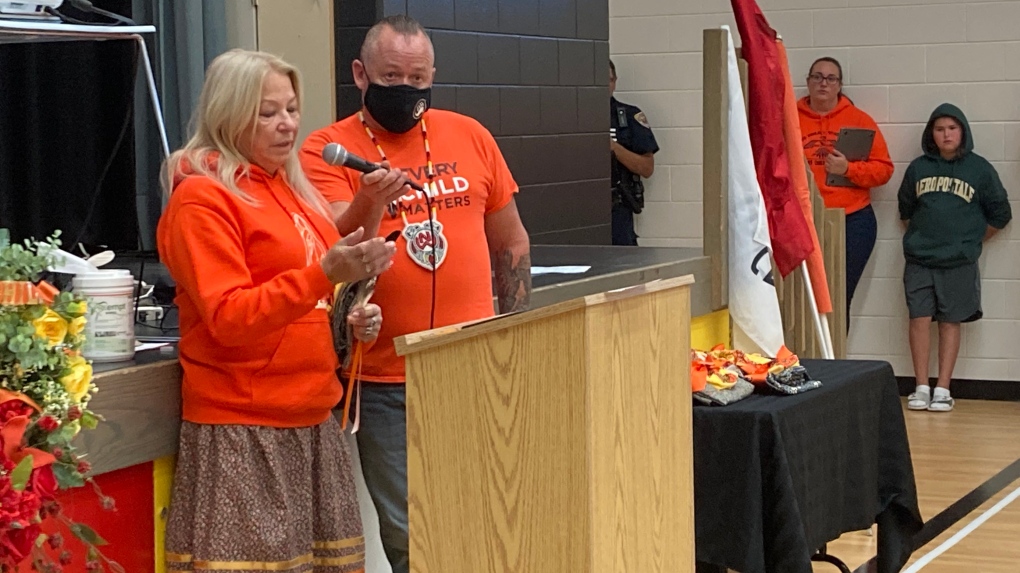 She was sent to Shingwauk Residential School in Sault Ste. Marie in her pre-teen years, she said. The school closed in 1970.

Couchie describes it as a horrific place where young kids were treated inhumanely just because they were First Nation.

"It was a lonely time. Very lonely for a child to spend," she said.

"You heard the children cry at night. That's when I learned of discrimination."

On Friday, Couchie and hundreds of others, including children, marched from the local high school to the monument, where she laid an 'Every Child Matters' wreath on behalf of all victims and survivors. 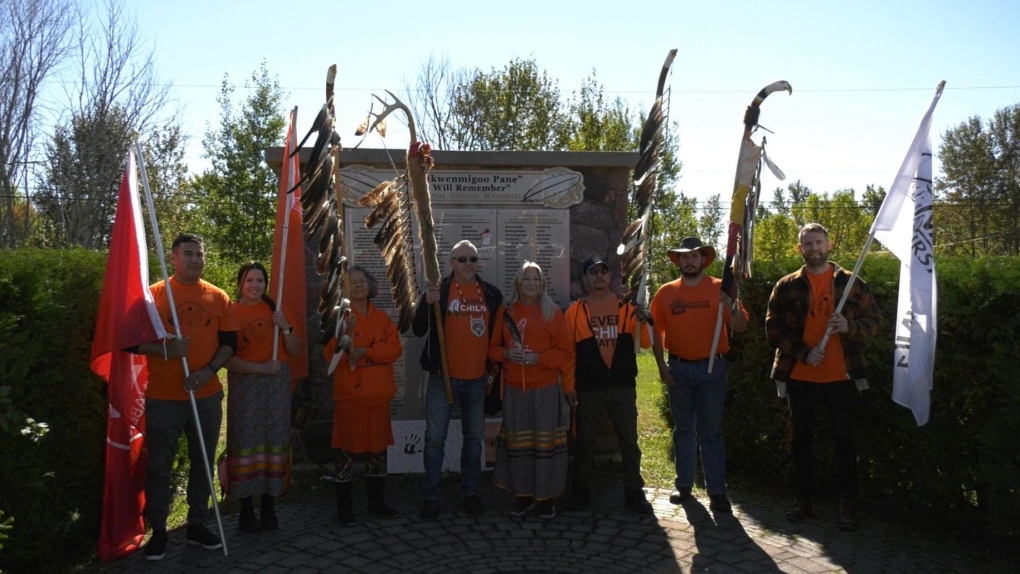 Most of them were sent to a residential school in Spanish, Ont., west of Sudbury, which closed in 1962.

"The general public has not been aware of residential schools systems since recently," McLeod said.

"But, you cannot tell me that Pierre Elliot Trudeau and all the prime ministers, even his son Justin Trudeau, did not know."

There's pain, trauma and sadness, but also a celebration of a culture that remains vibrant and strong in the area. 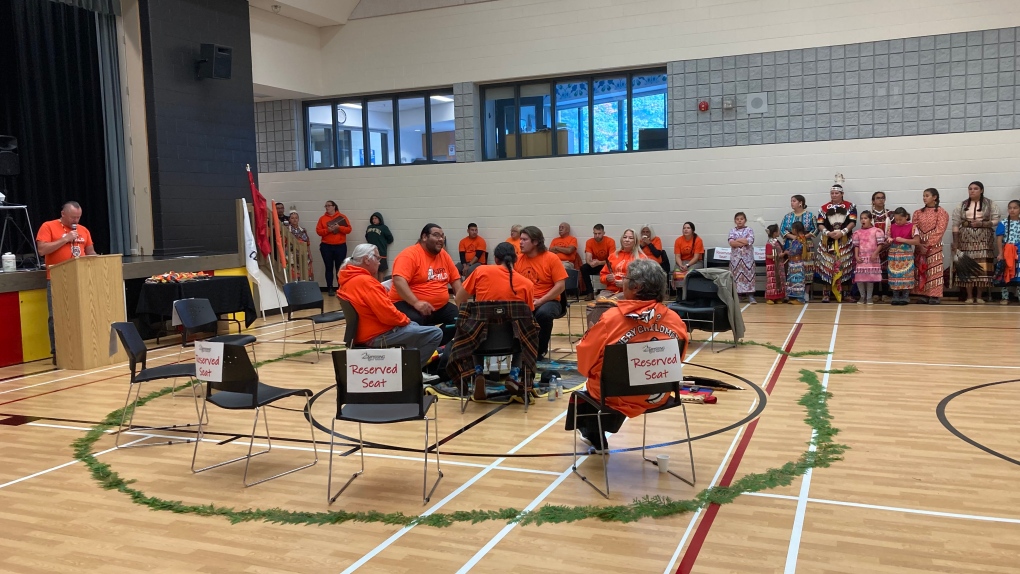 McLeod said it's easy to acknowledge the truth of residential schools, but reconciliation comes with changing how First Nation Peoples are treated through laws and legislation.

"If you look at the 94 calls to action that came out of the Truth and Reconciliation Commission, only one in 10 of those calls to action have been implemented," the chief said.

"So there's still lots of work to be done. We need to keep pressure on the government. It's the only way change will happen."

A powerful statement that many said needs to be shared so the healing can be felt.

"It's about educating everybody so we can come together and grow our country," Couchie said.

More on these events and others across the region to come on CTVNewsNorthernOntario.ca and CTV News at 6 and 11:30.

The ongoing intergenerational trauma caused by the residential school system can cause distress for some Indigenous people. If you or someone you know is struggling, help and support is available. Find more information here.

"The federal government is directly or jointly accountable for 76 of the 94 Truth and Reconciliation Commission of Canada's Calls to Action," the Indigenous Watchdog group says.

Help will arrive at the children's hospital in Ottawa next week as it continues to see "unprecedented volumes" of young patients suffering from respiratory viruses. A team of staff from the Red Cross will begin working at the hospital in the next week.

The federal government is looking at potentially helping to secure the release of 19 Canadian women and children being held in northeastern Syria, a recently filed court document says.