The Trans-Canada Highway has reopened in both directions between Ba Sa Gim Road on Highway 69 in Shawanaga First Nation and the intersection of Highway 400 and 559 in Nobel on Monday following a crash, police say.

It happened in the northbound lane at exit 241 where Highway 400 meets Highway 559, north of Parry Sound, the Ministry of Transportation said in a tweet around 3:30 a.m. 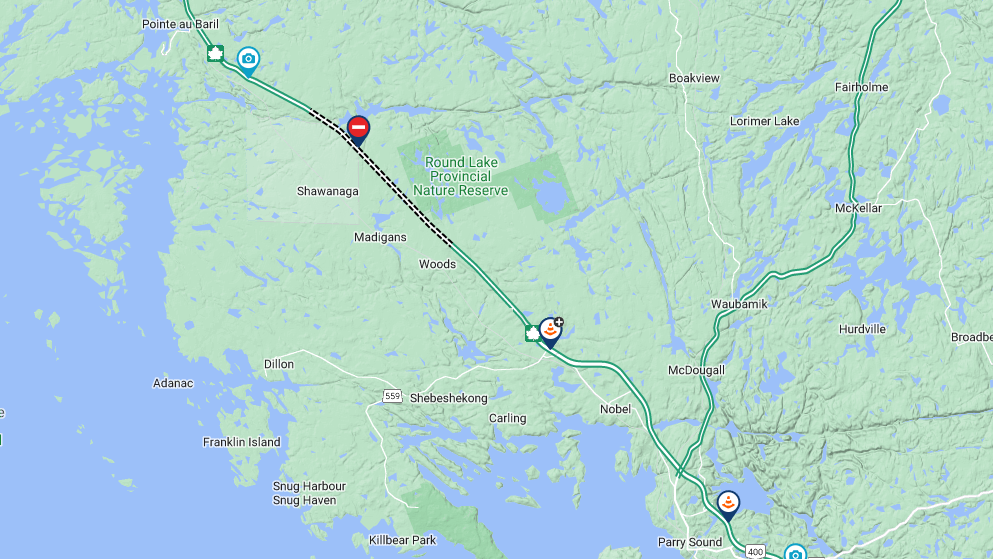 Const. Melissa Thomas, of the Almaguin Highlands detachment of the Ontario Provincial Police, told CTV News in a phone interview around 8:30 a.m., the highway was expected to be "closed for quite some time" while investigators processed the scene.

Few details are being released, it is still unclear how many vehicles are involved and if there are any injuries or charges pending.

Get local news delivered to your device, download the free CTV News app

Motorists were rerouted through Shebeshekong Road, OPP said in a tweet.