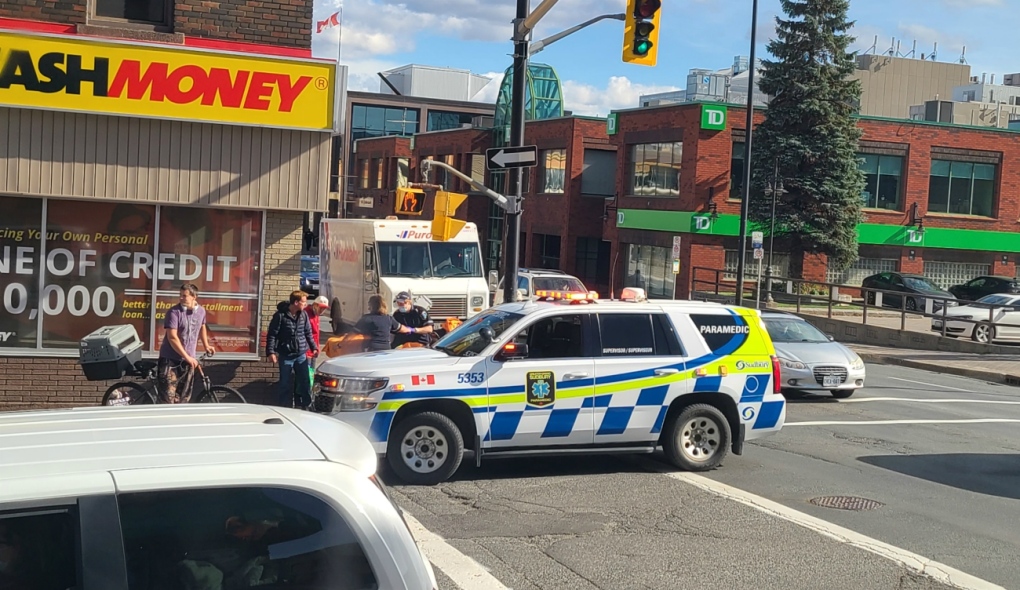 SUDBURY -- A 25-year-old man is in critical condition at Health Sciences North after he was stabbed Wednesday afternoon in downtown Sudbury.

Greater Sudbury Police said they received the call just before 1:50 p.m. regarding a serious assault near the Cash Money on Elm Street downtown.

"Information provided was that a man had stabbed another man before fleeing the area on foot," police said in a news release. "The man was transported to hospital by Paramedic Services and remains in critical condition."

The man responsible for the attack is described as a younger, shorter man with a slim build and black hair. He was seen wearing a grey hoody and dark pants at the time of the attack and fled on foot before police arrived.

"This is believed to be an isolated incident as the individuals are known to each other," police said. "We do not believe that there is any concern to the general public."

Matt Brown, a radio host with Pure Country Radio, works in the building next to where the incident took place.

"I looked out and I saw a bunch of people surrounding a gentleman who was bleeding from the side of the head, pretty substantially," Brown told CTV News report Alana Everson. "And then they got him to sit down, and people were kind of holding him there for a while, and soon after ambulance and police showed up."

Police continue to canvas the area and are reviewing video footage in order to get a better description of the man involved.

Anyone who witnessed the incident or has information related to the individual responsible is asked to call the police's criminal investigation division at 705-675-9171, ext. 2341.