TIMMINS -- As bars in the Timmins area struggle to maintain business during this pandemic, the owner of the Victory Tavern said the city treasure almost didn't survive.

Randy Gattesco said if he had to wait any longer for the province to move to its 'Stage 3' reopening plan, the historic 'Vic' would have been converted to an apartment building.

"But you've got to make a living, so I'll keep pushing on."

Though establishments have been allowed to serve customers indoors under strict regulations for less than a month, he said the tavern is lucky to see 30 patrons a night, with a reduced capacity of 50.

Gattesco said he makes enough revenue to pay staff and utility bills but he's also taken on loans, including $40,000 from the federal government.

He said he hasn't yet looked into its emergency wage subsidy but even then it will be difficult to stay afloat without making a profit.

One of the city's newer watering holes, the Surge Sports Lounge, is experiencing an even tougher drought. General Manager Kim Sergerie-Donovan said as few as five people come out some nights.

It's not surprising, she said, since many people are still cautious and fearful of contracting COVID-19.

But when the trade-off is lost money for local businesses, Sergerie-Donovan can't help but acknowledge the stress of the situation while trying to be optimistic.

"It's hard to see your business not doing as well as before we closed but you've got to stay positive," she said. 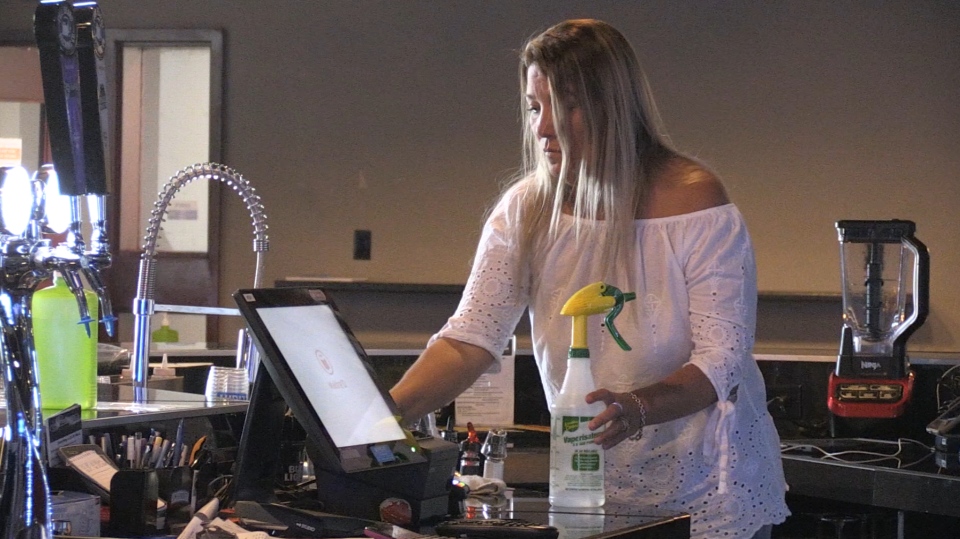 As businesses continue to enforce mask-wearing, hand hygiene, distancing and frequent cleaning, the hope for Sergerie-Donovan and Gattesco is that it will all keep the province moving towards beating the virus.

They agree that notion of a second wave of COVID-19 causing another economic lockdown is worrying. Were that to happen, Sergerie-Donovan said she and owner Luc Sergerie would have enough savings to survive for a time — but Gattesco said his tavern and many other establishments can't say the same.

"If it does come, it will be terrible, devastating for the businesses," Gattesco said.