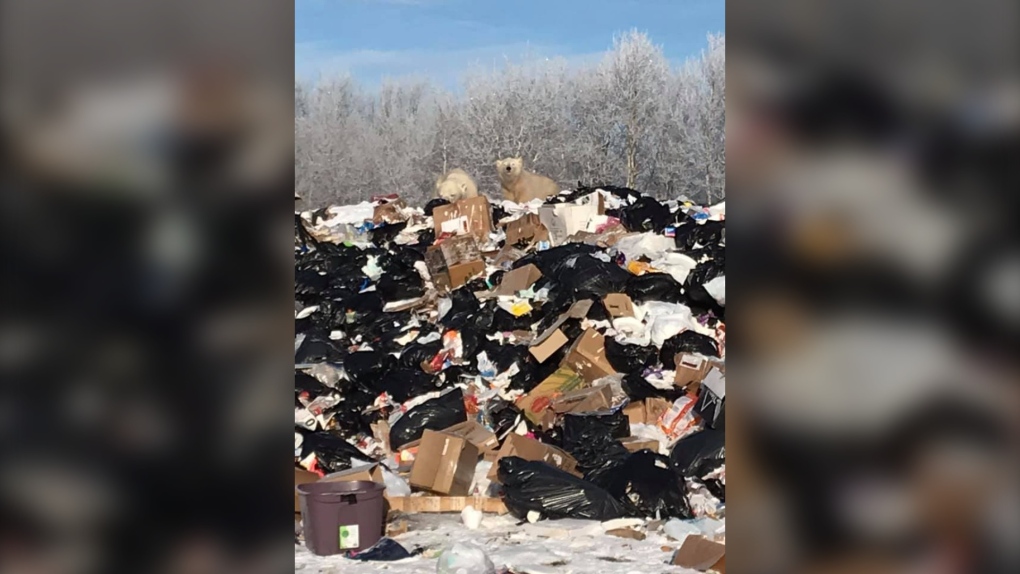 SUDBURY -- It has been a tense few days for residents of an Indigenous island community on the Moose River near the James Bay coast.

Ministry of Natural Resources and Forestry (MNRF) are in Moose Cree First Nation after several failed attempts to chase away a polar bear and her cubs that keep returning to the community's dump.

On Facebook on Sunday, Moose Cree First Nation mentioned a polar bear with cubs was seen in the community.

Later that afternoon, the band said a helicopter had chased the bears from the island to another one about 3.4 kilometers away and that a second flight would try to drive them further north from the community.

The polar bears returned the next day causing a delay in household garbage pickup. Several more attempts over four days were unsuccessful at scaring them away, as they would come right back.

Everyone in the community was on alert due to the dangerous situation and families were asked to keep their children close to home.

Thursday afternoon, the First Nation said a team from the Ontario Ministry of Natural Resources and Forestry arrived and will be tranquilizing the bears to relocate them far from the community.

Jolanta Kowalski, a MNRF senior media relations officer, told CTV News via email, not every polar bear sighting is an emergency, as it may just be passing through or investigating a smell. She said police should be called when a bear exhibits threatening or aggressive behaviour including stalking people, killing livestock or pets and lingering at the site.

"Ministry staff are working closely with Moose Cree First Nation and Nishnawbe Aski Police Service to assist them in keeping the bears from entering the community," Kowalski said. "It is likely this bear family was attracted to the unnatural food sources at the waste disposal site as they wait for ice to form in James Bay to allow for winter hunting."

She said polar bears are listed as threatened on Ontario's Species at Risk List and travel long distances.

CTV News has also reached out to the Chief Mervin Cheechoo for comment.