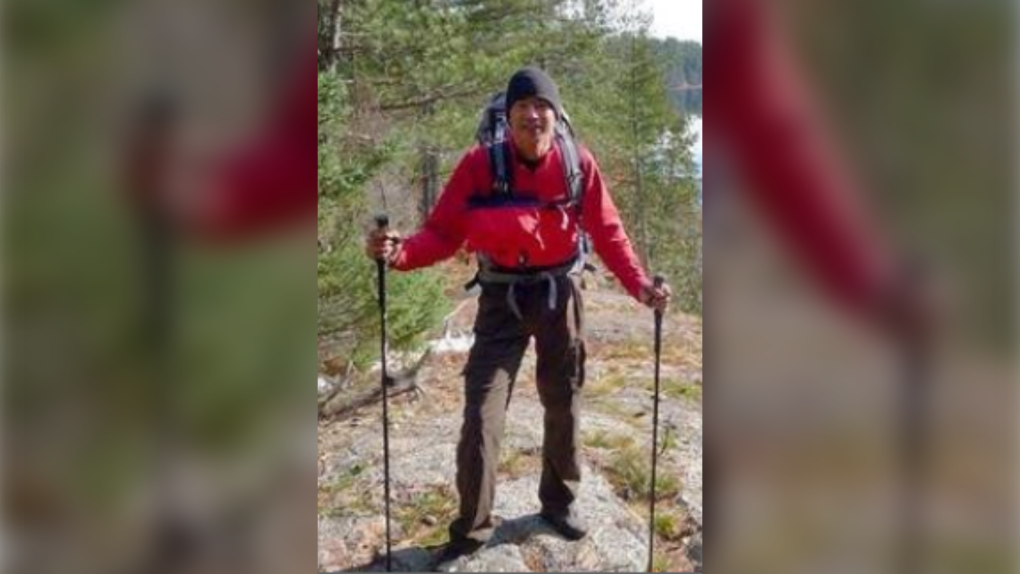 SUDBURY -- A 60-year-old man from Pickering that went missing during a cross-country hike late last year, has been found dead in northeastern Ontario.

Raymond Chan began his journey in late 2019 and was last seen in the Latchford area, near the Quebec border south of Temiskaming Shores.

On July 20, Ontario Provincial Police officers from the Temiskaming detachment responded to a call from a member of the public about his disappearance.

In a news release Wednesday, police say human remains were located in a wooded area southeast of the Town of Latchford on Aug. 25 before 1 p.m. with the help of the OPP aviation service and emergency response team.

An autopsy in Toronto identified the victim as Chan.

An investigation is continuing in coordination with the crime unit, Ontario's Chief Coroner and forensic identification and pathology services.

OPP Const. Jennifer Smith told CTV News in an email the death is not considered suspicious.

Anyone with information relating to this investigation is asked to contact the OPP at 1-888-310-1122 or nearest police authority. Should you wish to remain anonymous, you may call Crime Stoppers at 1-800-222-8477 (TIPS) or online at www.canadiancrimestoppers.org/tips, where you may be eligible to receive a cash reward of up to $2,000.

The same day that Chan's body was found, the body of a missing 74-year-old woman from Sault. Ste. Marie were also found on St. Joseph Island, just under 500 km away from the Latchford area. OPP Const. Bev Gauthier told CTV News in an email there is no connection between the two cases. Read about it here.