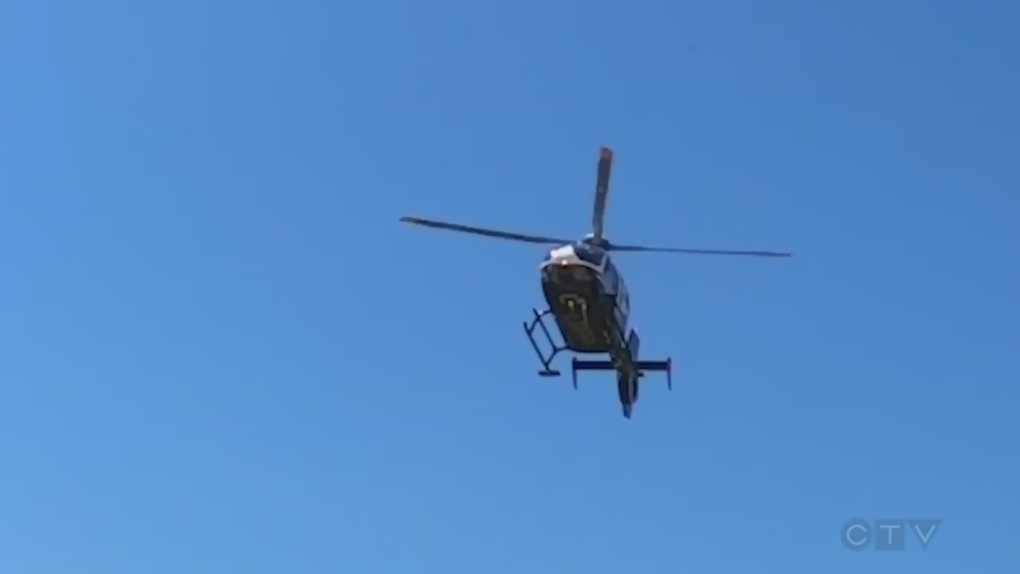 OPP helicopter takes to the sky as seen in this picture. (OPP)

SUDBURY -- It is a sigh of relief for many as Fredrick "Ted" Nasmith was located around 2 a.m. Friday after spending days in the bush.

Nasmith was taken to hospital by ambulance for treatment of hypothermia but is otherwise in good health, police said in a news release.

Ted and his wife, Cecilia, went out for a hike on Monday when they were separated. She was able to make her way to Limberlost Road Thursday about 10:05 a.m. and found someone who was able to call for help. She is in good health at home.