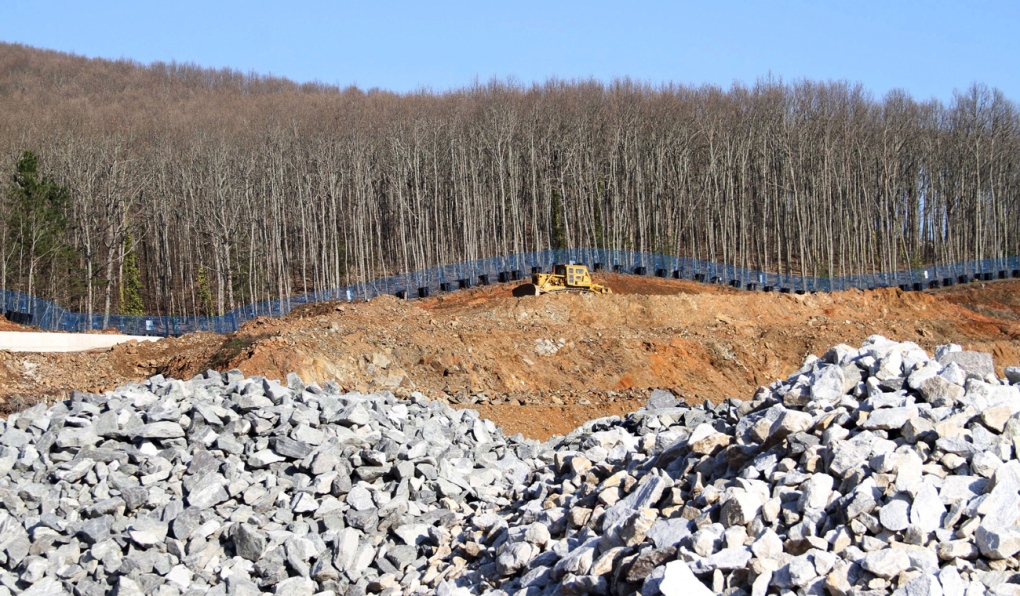 Deposits being explored in the Timmins area could become major source of high-quality nickel for the electric car battery market. (File)

Deposits being explored in the Timmins area could become major source of high-quality nickel for the electric car battery market.

That's the word from officials with Canada Nickel, which is working on developing its Crawford deposit. It's also excited about another find, the Reid Property, located 16 kilometres southwest of Crawford, or 37 kilometres northwest of Timmins.

Mark Selby, Canada Nickel CEO and director, told a news conference this week that deposits in the area have the potential to become one of the largest sources of nickel for EV batteries in the world.

"(We're) in a point in time where the market is desperate for large-scale, scalable low-carbon sources of nickel to be able to have a nickel for the electric vehicles that everybody would like to produce over the next few months."

That's important as demand for electric cars – and nickel – increases, putting the squeeze on supply. He said nickel production at Vale in Ontario and Manitoba has plummeted in the last 15 years as viable ore deposits become harder to find.

"Production at Inco Sudbury, has, you know, fallen dramatically since the Vale took it over in 2007," Selby said.

"Production at Thompson (Manitoba mine) is 75 per cent lower than where it was in 2007."

While production globally is stagnant, he said demand is about to sharply increase.

"Nickel is about to go through one of its supercycles, as we get this large new source of demand from the electric vehicle market," he said.

The deposits contain low-carbon nickel that customers are demanding, as opposed to nickel from China or Indonesia. And with agreements in place with First Nations in the area, they are well-positioned to supply the EV market.

"The auto industry is not going to depend on Chinese-controlled supply," Selby said.

"Given the fact that the adoption rate of electric vehicles is well ahead of what most people had expectations-wise just a few years ago, we really do need to double (global nickel) supply."

And the tailings from the extracted nickel actually absorbs carbon, he said. Within a year, he said it forms into a substance that absorbs carbon.

"That rock reaches out to the atmosphere, grabs a CO2 molecule and permanently sequesters that carbon in a mineral called magnesite," Selby said.

"We think this is a very, very big breakthrough in terms of being able to capture carbon globally."

"We had a massive bidding war for Noront earlier this year," Selby said.

"We're obviously one of those new deposits that are out there and we expect to get some pretty significant interest from the majors as we move forward."