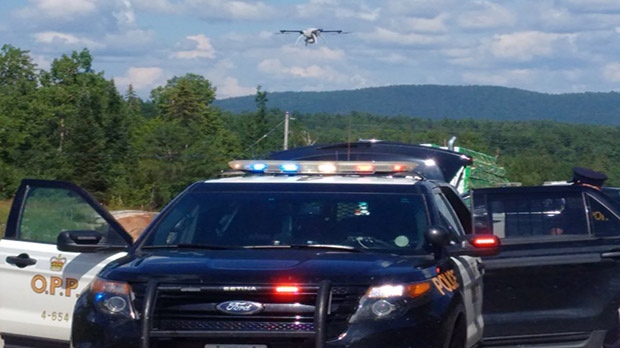 The OPP used an unmanned aerial system to investigate a two vehicle crash on Highway 17 near Mattawa. Jul 17/2017 (Twitter/@OPP_NER)

Provincial and local police from North Bay along with officers from the Ontario Criminal Enforcement Bureau executed a search warrant on Mattawan Street June 22.

A 28-year-old Mattawa man faces several drug-related charges including trafficking, possession, as well as failing to comply with a probation order.

The man was released and is scheduled to attend court on July 8.