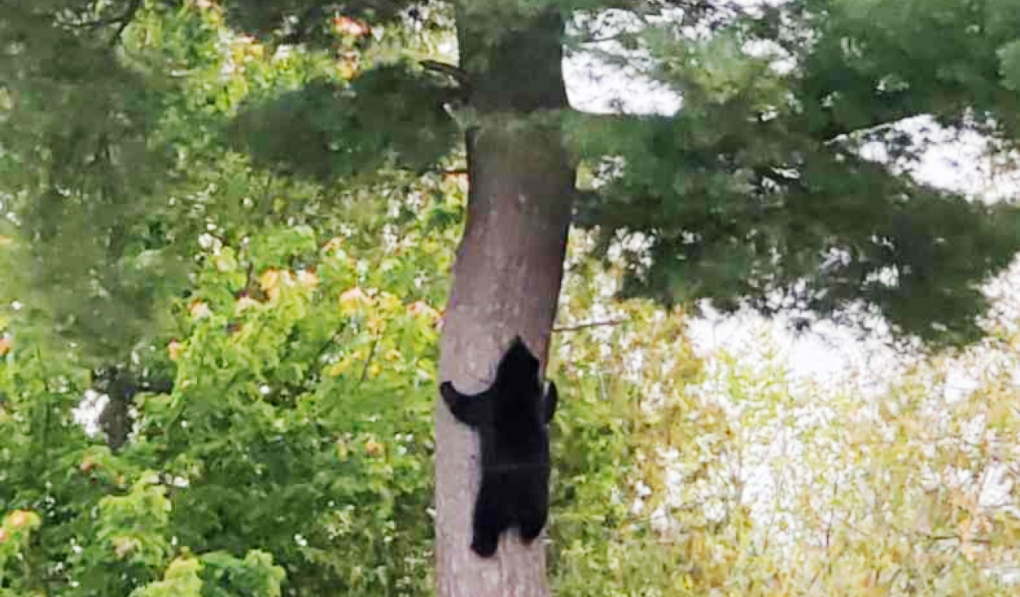 Ontario Provincial Police said Friday the mother and three cubs were moved about 100 kilometres away. It was a group effort involving the OPP and the Ministry of Northern Development, Mines, Natural Resources and Forestry. (Suppled)

After weeks of complaints, a family of bears was moved out of Mattawa this week.

Ontario Provincial Police said Friday the mother and three cubs were moved about 100 kilometres away. It was a group effort involving the OPP and the Ministry of Northern Development, Mines, Natural Resources and Forestry.

"Over the past three weeks, officers responded to numerous animal complaints involving a mother bear and her three cubs, approaching residences in the rural areas," police said in a news release.

"Officers had attended in the past and with the use of the police sirens were able to scare the family of bears away, however, within days, they would return. The bears began roaming closer towards the schools and restaurants."

That forced students to remain inside schools while the bears were in the area.

"A non-lethal measure was used to sedate and capture the nuisance bears, which were then relocated over 100 kilometres away to a remote location," police said.

"The OPP … would like to remind the public to refer to the Bear Wise website for some tools and tips to prevent attracting nuisance bears."

Montreal Canadiens star goalie Carey Price reversed course and said he did in fact know about the 1989 Polytechnique shooting spree that killed 14 women in Montreal despite previous comments from Groupe CH that he didn't. He also apologized to those that may have been upset by his comments made on Instagram against the proposed federal gun legislation.

Canadians look to side hustles to make up for inflation pressure, but at what cost?

Canadians' budgets are being stretched thin as the cost of living climbs -- and to compensate, some are taking on a side hustle.

Jamaica's prime minister declared a widespread state of emergency on Tuesday to fight a surge in gang violence on an island with one of the highest murder rates in the region.

opinion | How to get the increased GST tax credit

To help combat inflation and help lower- and modest-income families, over the span of six months, Ottawa is issuing an additional one-time GST tax credit to eligible taxpayers. Personal finance contributor Christopher Liew breaks down who's eligible for the increased GST credit, explain how to get it, and how much you could receive.