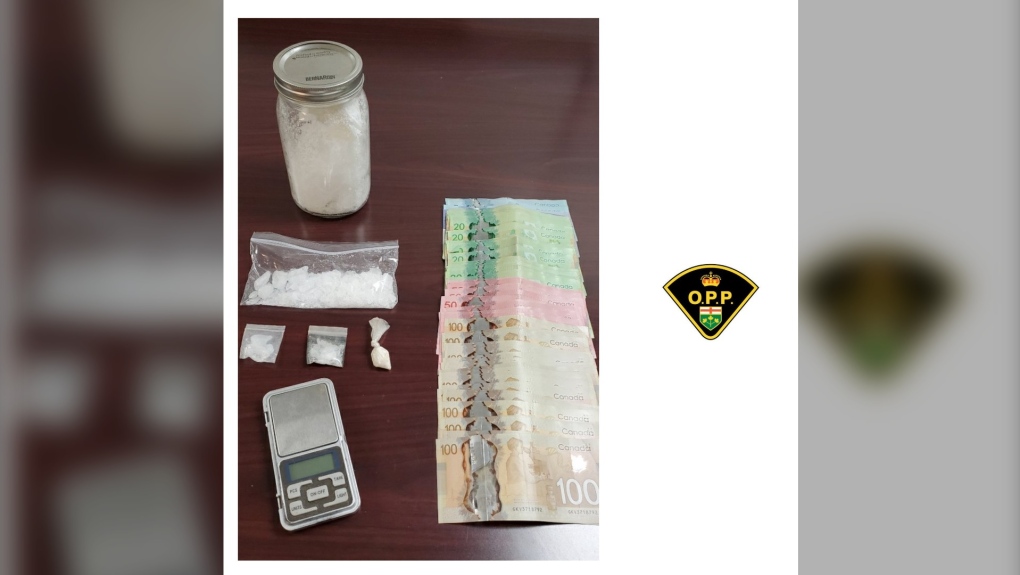 In a Jan.22 tweet from the OPP North East Region account, officials confirmed police have seized what is suspected to be cocaine and methamphetamine with an estimated street value of $66,000 after executing a search warrant in Baldwin Township. (Twitter)

Officers with the Manitoulin detachment of the Ontario Provincial Police (OPP) raided a home on Hardwood Road in Baldwin Township on Friday.

More than $5,000 in cash and $66,000 in drugs -- including more than 436 grams of suspected crystal meth and more than 2 grams of cocaine -- was seized and two people were arrested. A stolen trailer was also recovered by police.

A 42-year-old local man has been charged with drug trafficking, obtructing a peace officer and having property obtained by crime worth more than $5,000.

The second person arrested in connection to the drug bust was a 24-year-old from Massey who has been charged with cocaine possession.

Both of the accused are scheduled to appear in court on March 7 in Espanola.

The #OPPStreetCrimeUnit (CSCU) and #ManitoulinOPP executed a search warrant at a residence in Baldwin Township. Seized were drugs suspected to be crystal methamphetamine and cocaine. The drugs seized have an estimated street value of over $66,000. ^tk pic.twitter.com/SzqKbmiw0b