Looking for a way to make the best out of a bad situation, 13-year-old Ellie Maxwell found inspiration for her first original song during the COVID-19 pandemic.

“It was a song that was inspired by COVID and all the lockdowns and how we should really look for better days,” said Ellie, who's from Manitoulin Island.

The full song and music video for Better Days will be released Friday. Ellie said after a particularly challenging several months, she is hoping it helps give people some hope.

“I hope that they’re inspired and they look to the future and they just feel happy," she said. "I feel like -- especially people that I know -- are kind of sad because they look to the future and they’re like ‘there’s global warming, there’s COVID, there’s a pandemic,’ all that stuff and I just want people to know that we can put in the effort and we can make this better.”

Her dad, Steve Maxwell, said she has been impressing people since she could walk.

“I was doing the dishes after supper one time and Ellie was in the kitchen and she was singing one of the main songs from the Disney movie 'Almost There,'" Maxwell said.

"And I could not believe what I was hearing. I mean it was loud and rich and powerful and I thought man there’s something here. We really have to support her and encourage this because this is not just an ordinary voice."

Steve said that Ellie was only seven or eight during her kitchen concert and she started singing lessons shortly after. She's particularly good at singing jazz songs, he said.

"The interesting thing is before we named Ellie, we had to decide what her name was going to be and we thought well we really like Ella Fitzgerald so let's call her Ella," he said. "We call her Ellie for short. But as it turns out, she’s got a voice from that era and her voice goes with her name.” 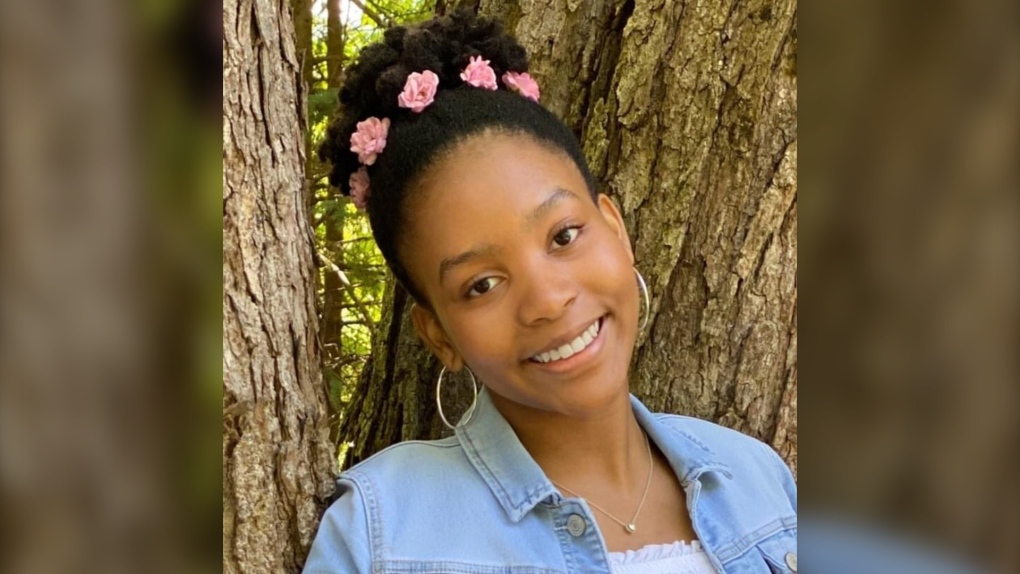 Looking for a way to make the best out of a bad situation, 13-year-old Ellie Maxwell found inspiration for her first original song during the COVID-19 pandemic. (Photo from Facebook)

Currently, she takes weekly lessons with an expert vocal coach in Georgia, and she has worked with Britton Cameron in Nashville who helped co-write Better Days.

“In a sense, it is a family effort, but it’s also a community effort,” said Steve. “Now my wife Mary, she’s really the… we call her the mom-ager, because she does a whole lot of background work. Social media stuff, arranging for the recordings, telling us it’s time to record a song or shoot a video. The actual video production of the music video you’re going to see -- in fact all of Ellie’s video productions -- are done by Ellie’s brother Robert. He has a video business."

And for Ellie, playing for an audience is a big part of what she does as well.

“So if I’m singing in front of an audience, I can really feel, like, are they connected with me?" she said. "Or do I need to connect more with them? And when you’re singing and you’re making eye contact with them, it’s just -- it’s just such an experience because it’s almost as if you’re all one experiencing me performing so it’s really a great experience for me.”

Ellie has dozens of videos uploaded to her YouTube channel with the trailer for Better Days receiving more than 15,000 views ahead of its release date on Friday.

“I’m quite anxious,” she said. “I'm just constantly thinking, like, are my friends going to find out? Because my friends have not found out about me doing this original song. So now I’m like are they going to look on the TV and see my original song? So I’m kind of nervous about that.”

But with her first original song ready to go, she said she is looking to the future.

"I’m just taking baby steps because when I look at what could be in the future, I get overwhelmed," Ellie said. "So for me, I just like to practise every day, learn songs, practise with my singing teacher."

"It’s not really possible for us to see exactly where Ellie will go with this," said her dad. "We’ve tried, but there’s just too many moving parts and variables. So at the moment we’re just, like Ellie says, we’re taking small steps.”

UPDATED | As some pandemic benefits expire, feds to spend $7.4B on new programs

The federal government has announced a suite of changes to the popular income and business support programs put in place during the pandemic and set to expire on Saturday.

A Canadian citizen from Ontario is confirmed to be among 17 members of a missionary group who were kidnapped in Haiti.

Travelling abroad: Experts say you need insurance before you go