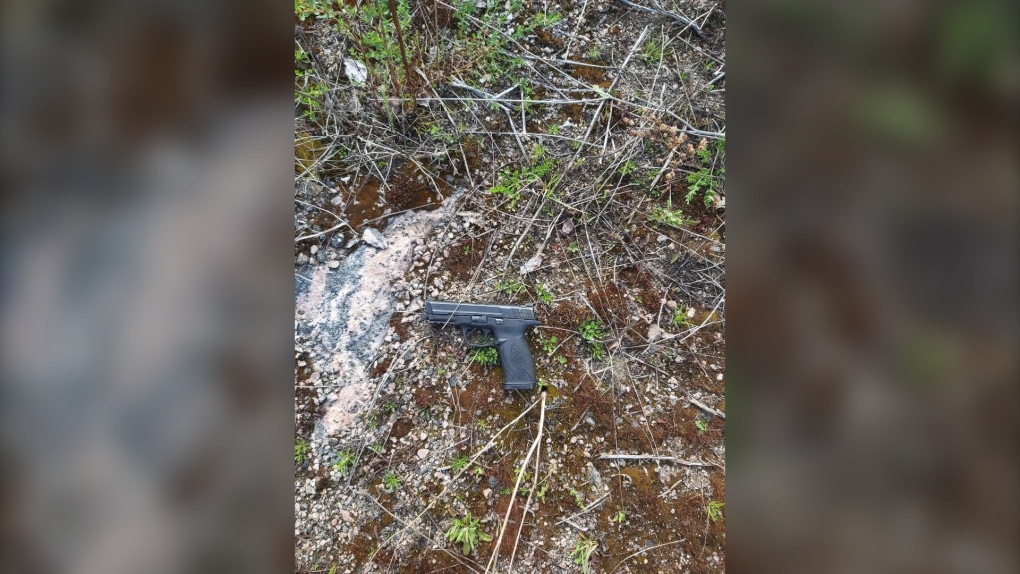 OPP say one man still at large after one arrest and handgun and body armour seized. Jun 2/20 (OPP)

Just before 11 p.m. Monday, OPP tweeted about the search for a man who "may be armed" in the area where Highway 400 meets Highway 559, north of Parry Sound.

An update posted to Twitter Tuesday at 9:24 a.m. said that a handgun has been seized and "body armour located in vehicle. One person arrested and charged with weapons and drug offences. Second male still at large."

Police describe the suspect as:

Police are dispelling rumours that the men were wearing body armour and say there were no assault rifles involved.

CTV News is following this developing story and updates will be provided as soon as more information becomes available.