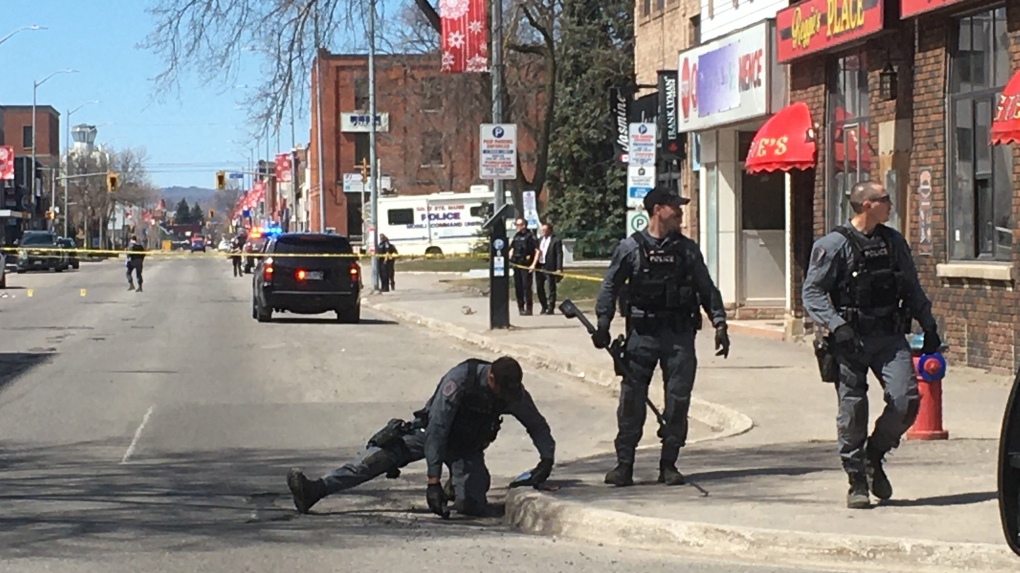 Police say officers responded to a call from the 400 block of Queen Street East at 1:31 p.m.

Witnesses tell CTV News that one person was stabbed in front of the post office where the area is cordoned off and several evidence markers cover the ground. Police have yet to confirm there was a stabbing.

As a result, one man is in custody and one male victim has been transported to hospital.

Officers remain on scene as the investigation is ongoing.

The mobile command unit is set up in front of the courthouse and at least a dozen officers and detectives, as well as the canine unit, are searching bushes and storm drains in the area.

Queen Street is blocked off from Spring Street to Elgin Street.

Further details will be released as they become available.

More to come on this developing story...