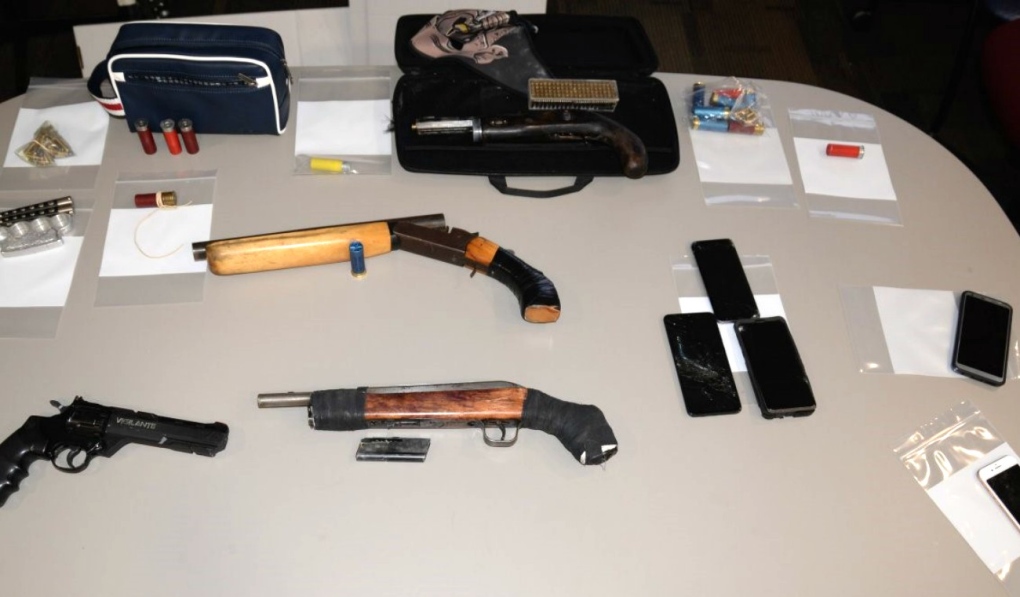 SUDBURY -- A 26-year-old man has been charged with drug and weapons offences as a result of a Sault Police investigation into shots being fired at an Alexandra Street residence Dec. 6.

Police were able to identify the vehicle connected to the shooting, which they located on Dec. 10.

"The vehicle was seized and officers executed a search warrant on the vehicle," police said in a news release Tuesday.

"During the search officers located three shell casings, two rounds of ammunition, a baton, spring loaded knife and approximately 1.8 grams of a substance believed to be crystal methamphetamine."

A warrant was issued for the 26-year-old suspect, who was arrested on Central Creek Drive Dec. 13 and charged with weapons offences.

"Later that day, officers executed a search warrant at the residence," police said.

The amount of substances found are believed to be 10.48 grams of fentanyl, 56.23 grams of crystal methamphetamine and .15 grams of heroin and cocaine residue. The estimated street value of the narcotics seized is $10,938.

The man is facing a host of charges, including three counts of careless use of a firearm, three counts of unauthorized possession of a weapon, five counts of illegal weapons possession, trafficking, 14 counts of breach of recognizance and 48 counts of possessing firearms or ammunition when he was prohibited.