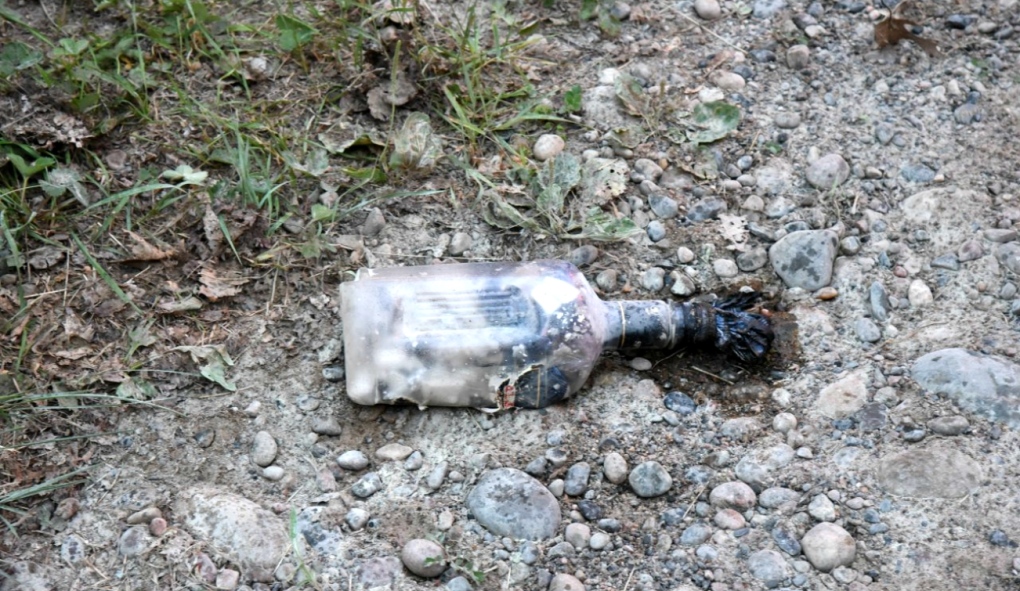 SUDBURY -- A traffic stop by the Sault Ste. Marie Police on Tuesday turned violent when the suspect ignited a Molotov cocktail and threw it at police.

As a result, a 26-year-old man is facing several charges, including attacking a peace officer with a weapon.

The incident began at 7:47 p.m. when police received a call about a vehicle driving erratically on the 2600 Block of Second Line West.

"Police located the vehicle on Town Line Road and attempted to conduct a traffic stop, but the vehicle evaded police, nearly striking another vehicle," police said in a news release.

"The vehicle proceeded north bound, coming to a dead end on Carpin Beach Road and striking a hydro pole."

Officers could see the suspect in the driver's seat, but the man had locked all the doors and "he refused all direction from officers," police said.

While locked in the vehicle, he lit a Molotov cocktail. At that point, officers forced entry into the vehicle.

"At this time, the accused threw the Molotov cocktail at the officers," police said. "Officers extinguished the resulting fire."

The man resisted arrest, but he was brought under control and police found a knife concealed in his waistband.

"One officer sustained minor injuries from the knife during the execution of the arrest," police said.