Man arrested after allegedly threatening police with a chainsaw 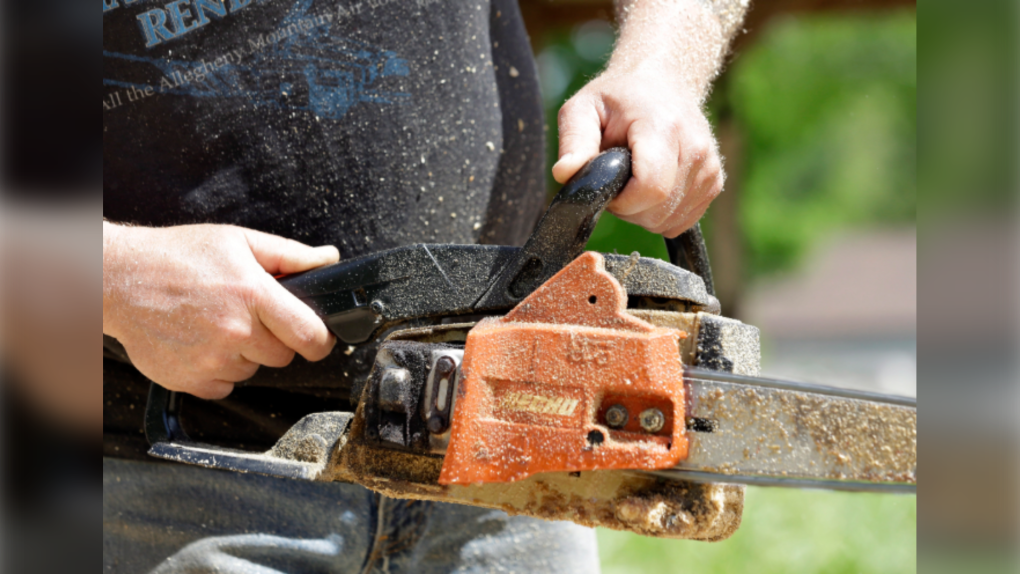 SUDBURY -- A 42-year-old man is facing several charges after allegedly threatening officers, responding to his 911 call, with a chainsaw on Saturday.

Ontario Provincial Police say officers arrived at a home in Baldwin Township, near Espanola west of Sudbury, shortly before 9 a.m. in response to the man's emergency call and at one point during the hours-long standoff, were confronted and threatened by him.

A witness that says he lives on the same road that the incident took place tells CTV News that over 20 police and emergency response vehicles that passed by their home. The witness also said a police helicopter could be seen flying overhead and that the vehicles began leaving shortly before 6 p.m.

Const. Lalonde with Manitoulin OPP tells CTV News that due to the remote location of the property and the fact that police had the situation contained within it, neighbours were not contacted. However, she said that if the situation were to escalate further they would have been alerted.

Police said they cannot disclose the nature of the 911 call as the investigation is ongoing, but Const. Lalonde said that the accused was known to police.

With the assistance of several OPP teams, including the canine unit, tactical team, crisis negotiator and emergency response team, the 42-year-old man was arrested without incident.

No one was injured in the incident.

He is charged with assault a peace officer with a weapon, uttering threats to cause death or bodily harm, and possession of a weapon for a dangerous purpose.

The accused is scheduled to appear in bail court May 11.