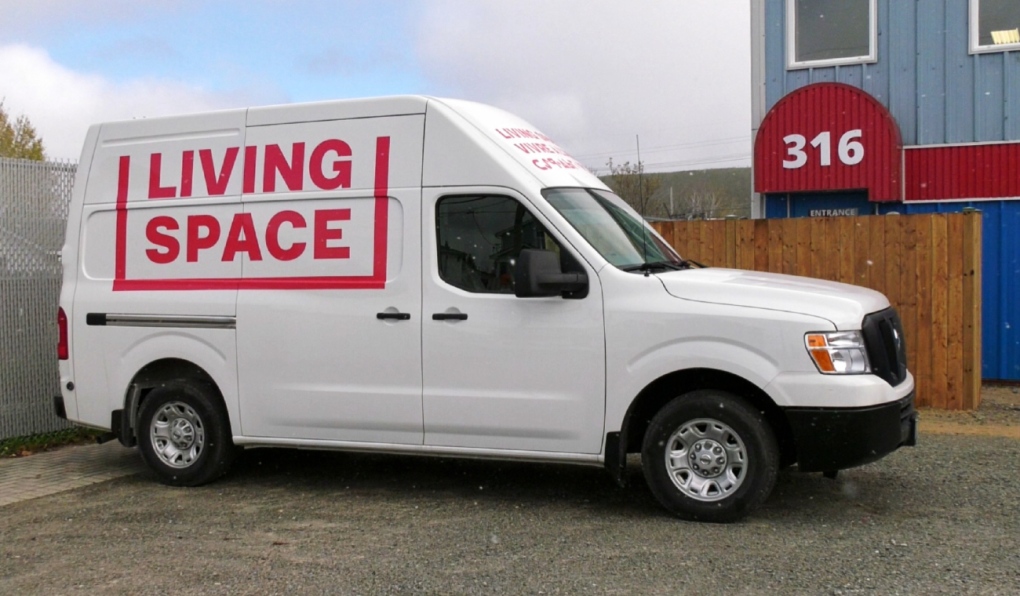 Outreach workers with Living Space will be able to reach more people, more efficiently, with a new vehicle purchased with a donation from Scotiabank in Timmins. It can also be used as a temporary warming station. (Lydia Chubak/CTV News)
Timmins -

Living Space in Timmins is developing a new strategic plan and is looking to the public for input. The plan would see the organization through to its goal of ending homelessness in the city by 2025.

By sharing ideas and feedback, Living Space officials said people are helping determine the organization's objectives in the next four years. They can do that by filling out an online survey.

“We launched the survey wide (Thursday) afternoon and we already have over 200 responses effective this morning, so it’s great to see the community, our stakeholders, all of them sharing their thoughts, their ideas," said Melanie Verreault, president of Trimeda Consulting.

Living Space has gone through many changes in the past few years and officials said its current strategic plan is coming to an end. It saw the organization establish a foundation in the city and as it gets ready to open its new location in the former Timmins Native Friendship Centre building, it wants the public to be part of its transformation.

“We want to hear from all our stakeholders," said Jason Sereda, executive director of Living Space.

"So really, we want that thorough survey so we can have all the information at our hands."

The survey asks responders things like what they think are the key issues facing people who use Living Space services and what should be the shelter's three main priorities.

Living Space is also planning to release details from its 'point in time' count -- which was done in August -- on Nov. 22, National Housing Day. Sereda is also hoping that day will be the grand opening of its new building on Spruce Street South.

The survey can be found here and is open until Nov. 5.