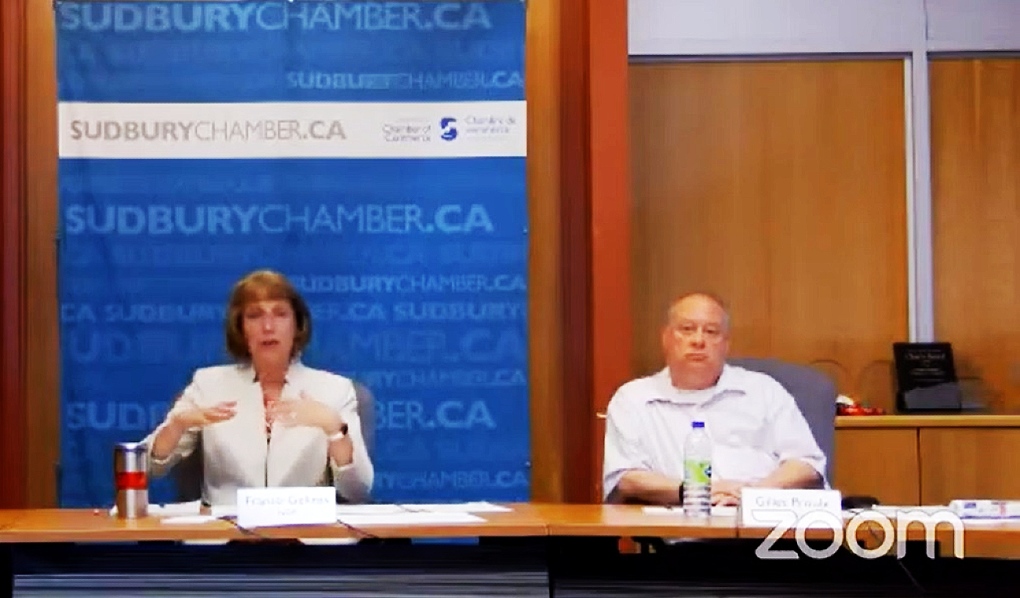 Put on by the Greater Sudbury Chamber of Commerce, it was the second night in a row the Progressive Conservatives failed to show, after skipping the Wednesday debate for Sudbury.

Also absent Thursday was Glenys Babcock, an out-of-town candidate running for the Green Party. But it was the absence of the Tory candidate Randy Hazlett that drew the ire of Gelinas and Proulx.

"I am truly disappointed," Gelinas said. "This is by design. The Conservative party does not want their candidates to take part in debates. But this is what democracy is all about."

The fact they won't up to defend their record of the last four years is an affront to voters, she said.

"The platform they have put forth is not connected to reality. But you don't get the chance to hear any of this because their candidates don't take part in debates."

She accused Hazlett's campaign of violating election laws by putting signs on public property when that's not allowed.

"If you want to be an MPP and make the laws, the least you can do is respect the laws that are there," Gelinas said. "But he's not here to explain."

For his part, Proulx said the no-show illustrates what the PCs "think of Ontario."

"We have two candidates in Sudbury and Nickel Belt not show up for debates because they were told by their leader," he said. "People … should be insulted because they are showing their true colours."

The full 98-minute debate can be seen here.