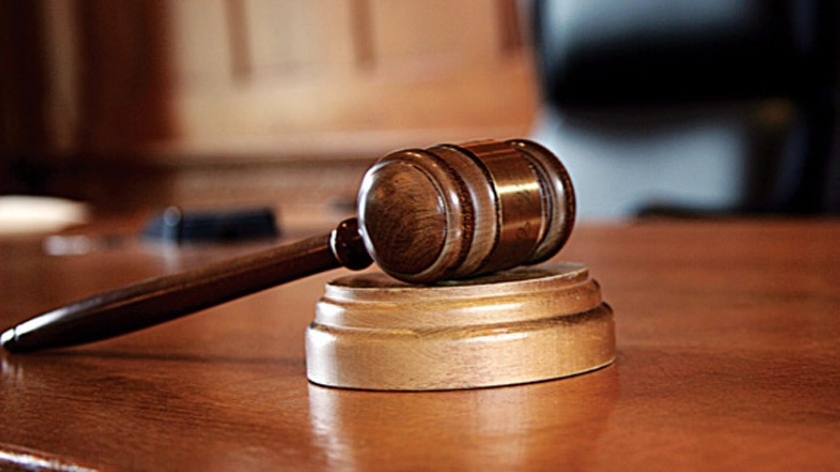 Lawyers for Laurentian University and the auditor general battled it out in court Tuesday, presenting vastly differing versions of how both sides ended up there. (File)
Sudbury -

Lawyers for Laurentian University and the auditor general battled it out in court Tuesday, presenting vastly differing versions of how both sides ended up there.

At issue is whether the Ontario legislature has the power to force Laurentian to hand over documents covered by lawyer-client privilege.

A court ruling last week said Ontario's Auditor General Act does not give Auditor General Bonnie Lysyk the right to access the confidential documents directly. She has said she will appeal.

Tuesday's hearing was to deal with a Speaker's warrant issued by the legislature before Christmas. It orders the insolvent university to hand over any and all documents Lysyk deems necessary to complete her value-for-money audit.

According to Laurentian's legal team, Lysyk is trying to do an "end run" around the law by having the legislature demand documents she is not entitled to access.

Lawyer Brian Gover told Superior Court Chief Justice Geoffrey B. Morawetz that LU tried to end the impasse by agreeing to hand over any document the auditor wants up until March 2020, 10 months before the school declared bankruptcy.

Gover said Lysyk's mandate is to audit the university's books, not to examine events after LU declared insolvency under the Companies' Creditors Arrangement Act. Those documents include details of mediation between creditors and other parties, Gover said, which were undertaken with the assumption they would be confidential.

It amounts to an "end run around a statue that governs (the auditor's) operation," he said. "And that's not permitted … What would be wrong with the auditor general only having access that the legislation permits her to have?"

It's clear, he said, the legislature is trying to get the documents on behalf of Lysyk by using Parliamentary privilege -- an abuse of that privilege, he said.

"It is too much to ask the legislature to comply with its own laws?" Gover asked.

Frederick Shumann, another lawyer for Laurentian, said the Speaker's warrant is a "vast overreach of Parliamentary privilege" aimed at scaring future audit subjects into complying. Laurentian is willing to hand over all documents that don't deal with the CCAA proceedings, he added.

Shumann also said the case has become political, with MPPs eager to look good to Ontarians angry about the insolvency. But in doing so they haven't considered the implications of the legal precedent they are trying to establish.

"So this is not entirely about Laurentian," he said.

Demanding privileged documents is contrary to the law, he argued, as is issuing a Speaker's warrant when there is a court order in place requiring those documents remain confidential.

"We don't put individual rights at risk because of political considerations," Shumann said. "There is a constitutional line the committee cannot cross."

But David Taylor, lawyer for the Speaker, said Laurentian wants the court to determine the motive of the Ontario legislature – to help the auditor – rather than rule on the scope of Parliamentary privilege.

But the legislative assembly has the autonomy to make these requests in Canadian law, Taylor said, to ensure they have the information they need to make legislative and other decisions.

Courts should not be drawn into value judgments that are under the control of the legislature, he argued.

"It's a vital necessity to fulfill its constitutional role," Taylor said. "It's up to the assembly to decide which information it requires."

Morawetz asked whether the effect of the Speaker's warrant is to make the court decision on the Auditor General's Act moot.

"Is that not doing an end run around a decision that was delivered recently?" he asked.

Taylor replied that the act limits what documents Lysyk can demand, but doesn't put limits on what the legislature can request.

"In light of limitations (of the act), public accounts committee seeks to provide a more complete record upon which she can conduct her value-for-money audit," he said.

Morawetz said he was struggling with the idea that parties who entered into agreements they believed to be confidential would now have to give up that privacy. Further, he couldn't see why the post CCAA- filing documents are necessary for the audit.

"That's what I'm really struggling with," he said.

Taylor responded that handing over the documents wouldn't be surrendering confidentiality, since both the legislature and the auditor have to keep them confidential.

"And later documents may shed light on preceding events" before insolvency was declared, he added.

Josh Hunter, lawyer for the Attorney General, said the court should hesitate before limiting the power of Parliamentary privilege.

"We are talking about limiting a power granted to the assembly by the constitution," Hunter said. "Parliament gave Laurentian the right to keep information confidential from its creditors, but not the legislative assembly."

Instead of continuing its court fight, LU should just cooperate with Lysyk, he added.

"After all, what does it have to hide?"

Morawetz said it was a complicated case, but he was aware time was a factor.

"I will endeavour to render a decision as soon as possible," he said.

The actions -- or more notably, the inaction -- of a school district police chief and other law enforcement officers has become the centre of the investigation into this week's shocking school shooting in Uvalde, Texas.

As Russia asserted progress in its goal of seizing the entirety of contested eastern Ukraine, President Vladimir Putin tried to shake European resolve Saturday to punish his country with sanctions and to keep supplying weapons that have supported Ukraine's defence.

A 31-year-old disabled Toronto woman who was conditionally approved for a medically assisted death after a fruitless bid for safe housing says her life has been 'changed' by an outpouring of support after telling her story.

Federal Conservative leadership candidate Patrick Brown says calling social conservatives 'dinosaurs' in a book he wrote about his time in Ontario politics was 'the wrong terminology.'

Speakers at the National Rifle Association annual meeting assailed a Chicago gun ban that doesn't exist, ignored security upgrades at the Texas school where children were slaughtered and roundly distorted national gun and crime statistics as they pushed back against any tightening of gun laws.

A scientific analysis commissioned by the FBI shortly before agents went digging for buried treasure suggested that a huge quantity of gold could be below the surface, according to newly released government documents and photos that deepen the mystery of the 2018 excavation in remote western Pennsylvania.

Indiana police disclose cause of death of young boy found in a suitcase. They are still trying to identify him

An unidentified child who was found dead in a suitcase last month in southern Indiana died from electrolyte imbalance, officials said Friday.