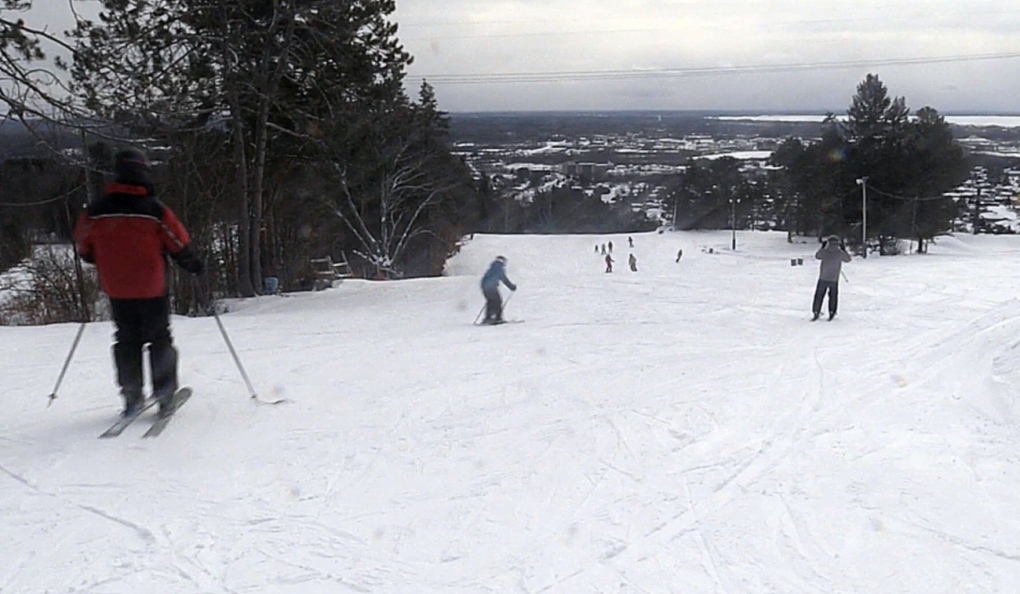 The Laurentian Ski Hill In North Bay was ready to open on Boxing Day. The hill, instead, has to wait until Jan. 9 to open. Its general manager is disappointed not to be considered an essential service. (File)

NORTH BAY -- As part of the Ford government’s province-wide lockdown that came into effect Dec. 26, ski hills across the province are forced to delay the start of their season or shut down.

In North Bay, the Laurentian Ski Hill was ready to open on Boxing Day. The hill, instead, has to wait until Jan. 9 to open. Its general manager is disappointed not to be considered an essential service.

“It was a huge disappointment,” said Mike King.

The province announced Dec. 21 that it was locking up northern Ontario for two weeks as part of the province-wide lockdown, forcing all non-essential businesses to close in hopes of stopping the spread of the coronavirus. It was a tough pill to swallow for the ski hill.

"We had already opened up our beginner run and we were looking forward to make a little bit more snow for the other runs,” said King.

The hill does have a plan moving forward. It is looking at extending hours on opening day to give skiers and snowboarders extra time on the hill.

Nipissing MPP Vic Fedeli said the decision had to be made to discourage skiers and snowboarders from highly infected areas in Ontario from coming up to North Bay.

“Yes, with masks and gear, the skiers are covered from head to toe,” said Fedeli. “There’s no question that it will be a safe place to go. But, it’s to avoid the travelling.”

The ski hill’s parent association, the Ontario Snow Resorts Association, pushed to have ski hills declared an essential service. The OSRA says Ontario is the only jurisdiction in North America to close its ski hills.

The OSRA said on the same Premier Doug Ford announced the province was locking up, Quebec moved in the opposite direction by increasing their ski lift loading capacity, from one person per chair to 50 per cent of chair lifts.

King said ski hills should be considered an essential service.

“Skiing is naturally conducive for physical distancing and it’s not only good for your physical health, but good your mental health,” he said. “You can get outdoors, get fresh air and exercise.”

Fedeli said the decision was made to halt the spread of the virus.

King said while the ski hill waits for the next two weeks to pass, staff will continue snowmaking and grooming the slopes hoping to have them in tip-top shape for opening day.