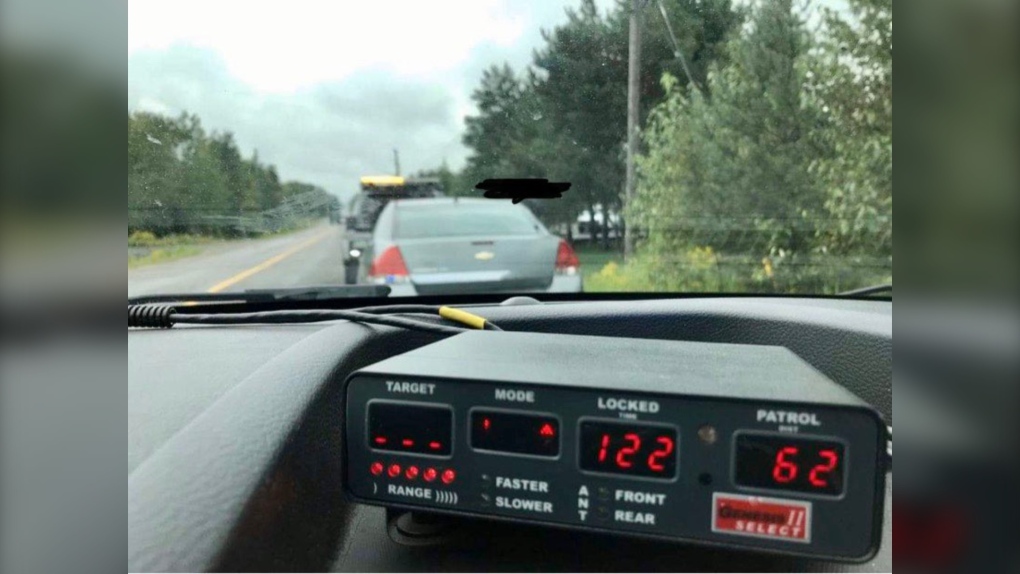 SUDBURY -- Sudbury police say a G2 driver charged with stunt driving on the weekend was stopped for travelling more than double the speed limit.

Police said the novice driver was going 122 km/h in a 60 km/h zone on Valleyview Road, on Sunday in a tweet.

The excuse given by the driver for speeding did not earn the officer's sympathy.

"They were going to be late for work," said police. "Well, they’re going to be very late now... That’s a 7-day vehicle impound, 7-day licence suspension and mandatory court appearance."

If convicted, the driver could face a fine of $2,000-$10,000, six demerit points, possible licence suspension up to two years, possible imprisonment up to six months and insurance rates could be affected up to three years or more.

The charge has not been proven in court.