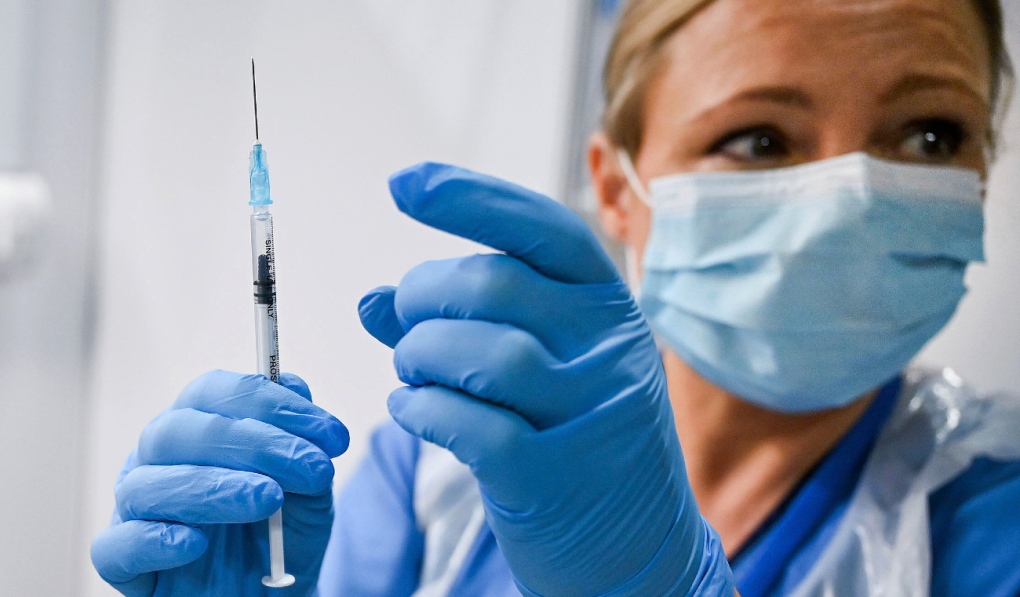 An officer with the Greater Sudbury Police Service, who kept up her attacks on Canada’s vaccine rules months after she was forced to leave an arena in Espanola in September 2021, can keep her job, a disciplinary hearing ruled last month. (File)

An officer with the Greater Sudbury Police Service, who kept up her attacks on Canada’s vaccine rules months after she was forced to leave an arena in Espanola in September 2021, has been demoted.

The Nov. 9 hearing heard that Const. Melissa Rancourt was posting critical messages on social media about public safety measures during the COVID-19 pandemic up until January 2022.

“Defence counsel had acknowledged that Const. Rancourt’s comments with respect to the Holocaust and Nazis are anti-Semitic. The prosecutor submitted that to compare public-health restrictions with individuals who lost their lives in the Holocaust is the utmost of discreditable conduct.”

Rancourt made headlines Sept. 26, 2021, when she flouted vaccine passport rules and went to the Espanola area to watch her child play hockey.

She posted on social media the night before that she was going to ignore the rules and invited others to join her. One person did, along with Rancourt’s spouse.

When confronted by arena staff in the morning to show her vaccine passport, she replied “No, thank you,” and the three entered the facility, ignoring the screening process.

Arena staff, who knew Rancourt and that she was a police officer, called the Ontario Provincial Police. When they asked Rancourt whether she could prove she was vaccinated, she replied, “It’s no one’s business.”

“Ms. Rancourt said that she was doing nothing wrong and wouldn’t leave,” the transcript said.

“She asked the officers if she would be made to leave if she were Black. Again, the officers refused to discuss hypothetical situations.”

When police told her that arena staff wanted her to leave, she insisted they didn’t have the right to do that.

She was allowed to wait for her child to finish at 11 a.m., was issued a provincial offences notice and left. But she returned an hour later.

An OPP officer who knew her took to a private area to talk and told her she was trespassing “and were arrestable as soon as they came back” to the arena.

When they refused to leave, the officer tried to handcuff her, at which point she grabbed his right arm. She backed off, was handcuffed, but tried to leave. When an officer grabbed her arm, she grabbed his vest. At that point, she was taken to the ground.

As she was being led out, “Const. Rancourt started yelling, calling people ‘Nazis,’ and they continued out to the police car without further incident,” the transcript said. She was fingerprinted, released and offered an apology to one of the officers. However, she later made a formal complaint about him to a police investigation board, but the complaint was dismissed.

“For a period of about five months, Const. Rancourt, against direction by superior officers, continued to make posts on social media that were critical of the efforts of authorities to control the spread of the coronavirus, and of the people who administered and enforced those efforts and requirements,” the transcript said.

She created a GoFundMe page to raise money for her defence and continued being active on social media.

“Particularly disturbing was a post that included a graphic of the Canadian Charter of Rights and Freedoms, accompanied by a comment that, ‘that document used to mean something, now I might as well wipe my ass with it,’” the transcript said.

“This is from an office-holder who had, about three years earlier, affirmed that she would uphold the constitution … The prosecutor referred to this as ‘astonishing’ and I agree.”

After a “compelled interview” with a superior officer Feb. 1 of this year, Rancourt appeared to have a change of heart, the transcript said. At that point, she promised “there would be no more issues.”

“I am very aware of the range of activities that she undertook, as articulated by defence counsel, to educate and improve herself, to understand the psychological impacts of the pandemic on herself and others, to expand her competencies as a police officer, and to understand and make amends to the Jewish community through the Friends of Simon Wiesenthal Centre,” the transcript said.

“I am impressed by the positive account of her work and her demeanour by the director of education at the centre in her reports, which were written by a credible and neutral party in August and October of this year.”

Rancourt also made amends with the Espanola Minor Hockey Association – she is now the vice-president of the association. She apologized to the Town of Espanola, which lifted her ban from the recreation complex.

She also took courses on police ethics and accountability while her case was being dealt with and courses on mental health and how to deal with the stress of the pandemic.

Her work as a police officer was also praised, as well as the fact she worked hard to support other officers while she was away from frontline duty.

“Her work included investigating fatal collisions and conducting training and requalification processes in Lidar and Radar (speed detection equipment) for other officers, as well as intoxilyzer training,” the transcript said.

“She also created a table entitled ‘Suspension, Charge and Impoundment Guide’ to assist fellow officers ... She made suggestions for process improvements, and sent information to her colleagues on the law around two-wheeled powered vehicles.”

Her defence lawyer “summed up by stating that Const. Rancourt did not have a chip on her shoulder or try to push blame elsewhere, but remained productive while under a cloud.”

The defence wanted a penalty of forfeiting between 24 and 40 hours off, as well as 40-60 hours of mandatory volunteer work. The prosecution wanted her demoted from a first-class to a fourth-class constable.

In the end, retired police Supt. Peter Lennox, who was the hearing officer, settled on demotion to third-class constable for a year, followed by one year as a second-class constable. She must also perform 40 hours of volunteer work with the Friends of Simon Wiesenthal Centre for Holocaust Studies.

Ukraine's defence minister expressed confidence Sunday that Western allies would agree to the country's latest weapons request -- warplanes to fight off Russian forces that invaded nearly a year ago.

Republicans in some heavily conservative states won their campaigns for secretary of state last year after claiming they would make sweeping changes aimed at keeping fraud out of elections.