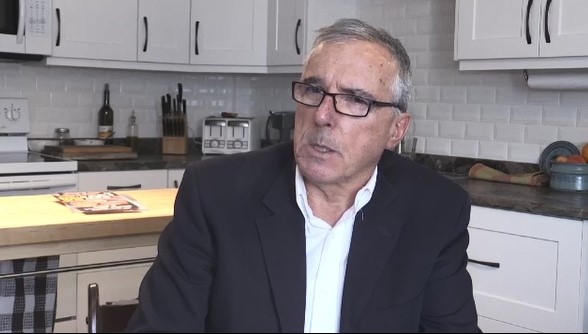 SUDBURY – Landlords across Sudbury remain frustrated with wait times to have cases heard and resolved by the Landlord Tenant Board.

Sudbury Landlord Ray Goulet is part of a new group that is fighting what he says are unfair wait times, claiming a 250 per cent increase in the time it takes to hear a simple case.

He says a majority of the cases are surrounding tenants who fail to pay their rent. He says while the board wants to hear cases within 30 days, it's often far longer.

"No matter what their issues are in their apartment, they have to pay rent to the landlord. This is what I'm puzzled about… the LTB in this case doesn't seem to address that part. A tenant can go six, eight, ten months and not pay their rent and we're baffled… why isn't the LTB addressing that in itself?" asked Goulet.

Connie Hobbs says her issues with the Landlord and Tenant Board have been ongoing for years.

"It was difficult at that time. All the stories, we're hearing about it now… it's even far more difficult so we do what we can in order to mitigate ourselves so that we're not going to the LTB," she explained.

In a statement to CTV News, the Landlord Tenant Board said "currently, there is a lower than normal number of adjudicators, which has contributed to service delays in the time to a hearing and in issuing orders."

Goulet and his new group met with the province on this matter and got a similarly vague response. In response, he says he's calling for a revamp of the LTB altogether.

"More employees, more adjudicators, more sheriffs in the system in order to address all these serious issues because it has reached as we feel, it's very serious and it's very chaotic. Truly chaotic," said Goulet.

He adds that his group feels little confidence in adjudicators altogether, saying he feels they often side with tenants unfairly. He says he and his fellow landlords will continue to lobby the government until changes are made.