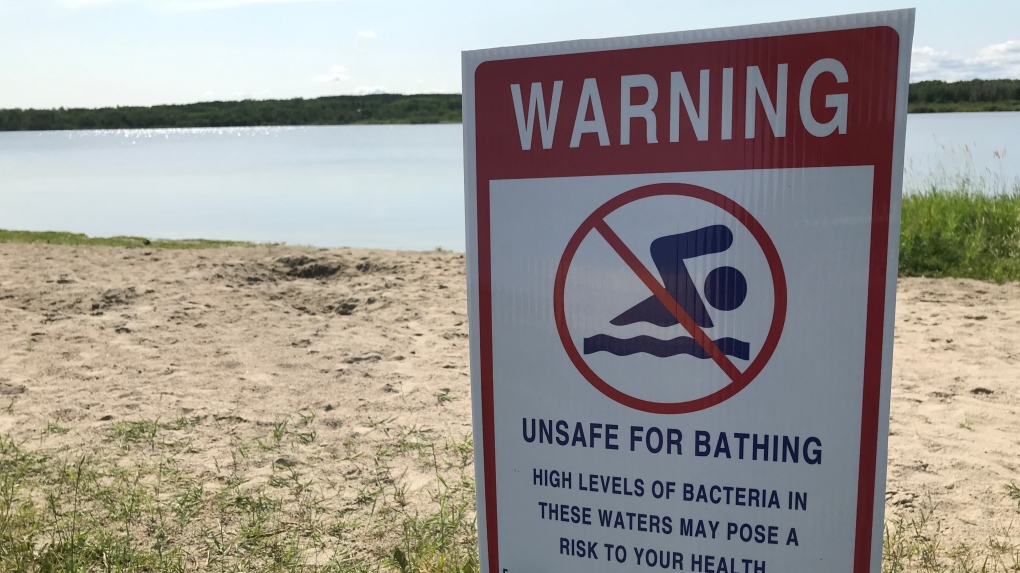 A lake in Timmins has tested positive for E. coli.

The Porcupine Health Unit tested Porcupine Lake on July 29 and has now issued a swimming advisory.

Signage has been posted near the lake warning people to not swim or come in contact with the lake water.

Kaitlin McCaw, public health inspection coordinator in Porcupine, says results like this aren’t common, but could have multiple causes.

"It could be anything from rain runoff, recently we've had a lot of rain come down,” she said. “It could be in terms of animals, whether domestic or wildlife, [their] uses of the beach - so if there's a lot of birds or ducks along there as well."

This comes as local groups have fought for years for the city and ministries to fix the lake’s health issues caused by persistent sewage run-off.

The health unit cautions that contact with the water could result in:

Some residents were shocked that using the beautiful lake could, in fact, be harmful to their health.

"Definitely going to affect how we play in the water," said Jamie Landers, who came to enjoy the lake with his girlfriend and her two kids. "We usually go and sit on the other side, so it's gonna suck that we can't do that anymore."

David Rose has fished in the area for years and was aware of the potential health concerns, but says the potential exposure to E. coli is unacceptable.

"It won't affect me coming here because it's a nice place. [The city] fixed it up very nice, but if they found out it has E. coli in it, they should deal with that," said Rose.

The City of Timmins has faced criticism for decades over sewage and waste dumping into the lake.

"We can confirm that there have been no uncontrolled discharges into Porcupine Lake in the recent past and we are working with the Porcupine Health Unit and taking direction from them on this issue."

A local advocacy group, Friends of the Porcupine Watershed, has made plenty of noise in recent years to get local officials to tackle the issue.

Brenda Torresan is president of the committee and says the city has taken steps to improve the water quality in its lakes and that she’s happy progress is finally being made.

"They’re working very hard and spending millions and millions of dollars - and it’s long overdue - to make sure that the pumping stations are all working up to par and will correct the situation at hand,” said Torresan. “Our biggest concern, of course, are the pumping stations that are not working and we know that it’ll take a while more to get them going."

The health unit will continue testing the lake water every 48 hours until it can confirm the contamination is clear.

Until then, McCaw said visitors can safely use the splash pad next to the lake, since it draws from the municipal water system.