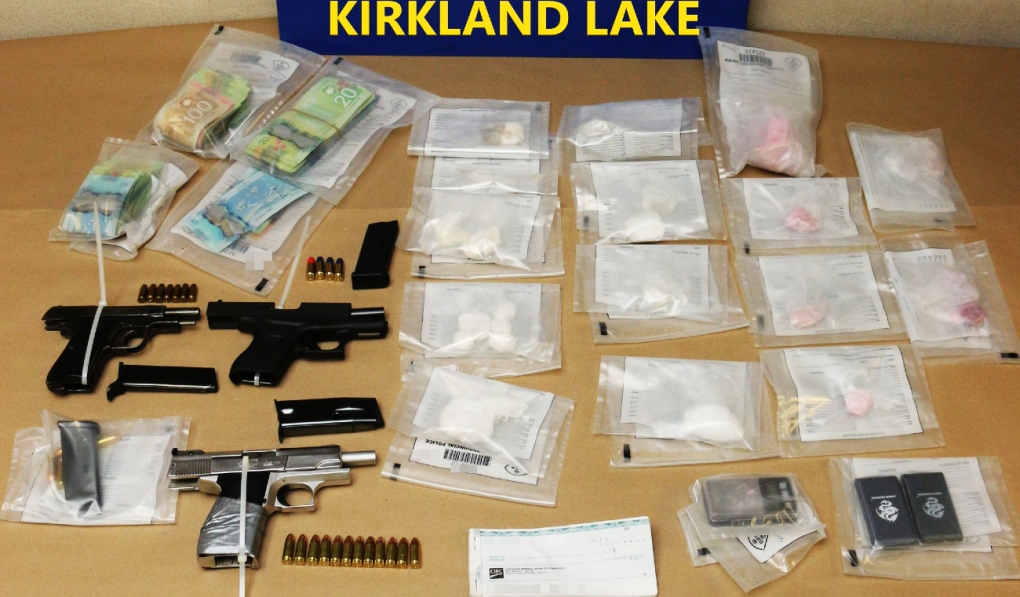 An Ontario Provincial Police traffic stop on Poplar Avenue on Nov. 26 in Kirkland Lake led to the discovery of drugs, cash and three loaded handguns.

Police said a news release officers found opioids, including fentanyl, methamphetamine, cocaine and crack cocaine with a street value of more than $73,000.

Five people have been charged including a 32-year old Kirkland Lake resident with the following offences:

The four other people from the Greater Toronto area have also been charges with similar offences.

All five accused are scheduled to appear in court at a later date.