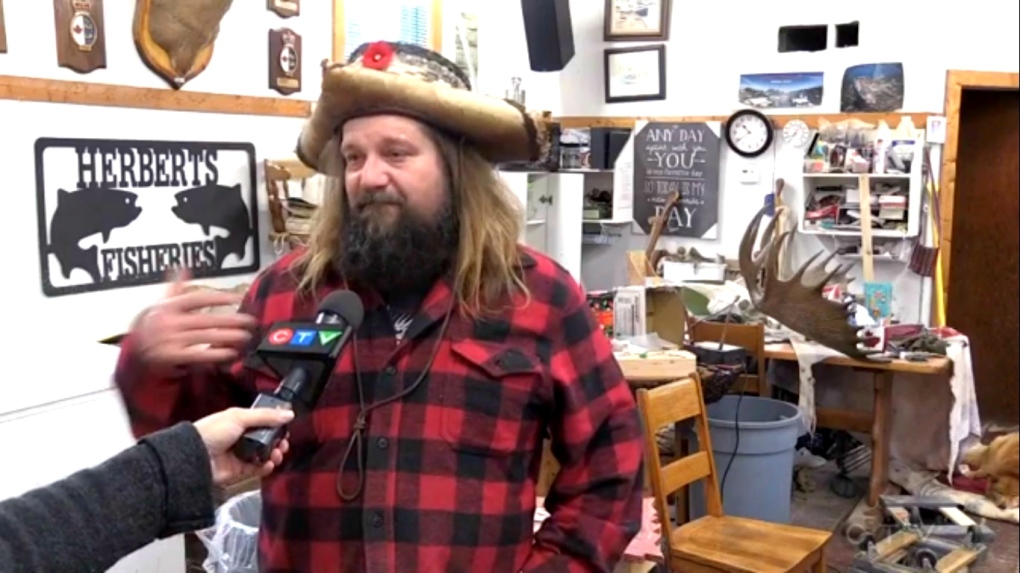 Mike Ranta of Killarney is one of the recipients of this year's Meritorious Service Decoration Award. The honour, which was awarded by Governor General Julie Payette, celebrates Canadians who have done something that brings honour to the entire country. (File)

SUDBURY -- One of Canada's biggest fans received an honour from the country's head of state to mark Canada Day.

Mike Ranta of Killarney is one of the recipients of this year's Meritorious Service Decoration Award.

The honour, which was awarded by Governor General Julie Payette, celebrates Canadians who have done something that brings honour to the entire country.

"This is a great honour," Ranta told CTV News in an interview from his home in Killarney on Sunday afternoon. "I was just so shocked to get that call. It’s amazing. It feels good."

Ranta is being recognized for the multiple canoe trips he has made from coast-to-coast, a mission he first started in 2011.

Hailing from the community of Atikokan in northwestern Ontario, the canoe trips began as a mission to not only challenge himself physically, but to help raise much needed funds for a youth shelter in his hometown.

It took a few attempts, including one in 2014, before he finally achieved his goal in 2016.

“I decided, I looked it up and nobody crossed the North American continent solo by canoe in one season so I decided to embark on that," Ranta said. "So I had to do it again in 2016 and this time we made it! I found a shorter route through the prairies through the Capell Valley and I made it in 200 days!”

"We're raising funds, we're getting outdoor activities on the go including canoeing and rock climbing and all that fun stuff and we're letting Mother Nature do that healing that she does so well and the guys are having amazing results with it," Ranta said.

Since his very first trip, his purebred Finnish Spitz, fittingly named Spitzi, has been his most loyal companion, not missing a moment of Ranta's adventures.

Ranta said he's very proud of who he has been able to help over the years.

"It's been great doing it for our veterans and our First Nations," he said. "I battle for appreciation of our First Nations, to inspire youth and to show how grateful we are to have such wonderful Canadians as first responders in our country. We're very grateful!"

An extremely proud Canadian himself, there are few parts of the country he hasn't seen. Despite his experiences, picking a favourite spot is no challenge.

"My favourite part -- and it's always been hands down, I answer without hesitation -- is Lake Superior," Ranta said. "It's a beautiful spot. Second to that I would have to say is this beautiful little down of Killarney. It's a spot that I passed through four times and I just fell in love with the place."

In addition to Ranta, Francoise Landry of Smooth Rock Falls was also named as a recipient of the Meritorious Service Decoration Award for her local environmental work over the last 60 years.