JR Holder returns for another season with the Sudbury Five

JR Holder returns for another season with the Sudbury Five 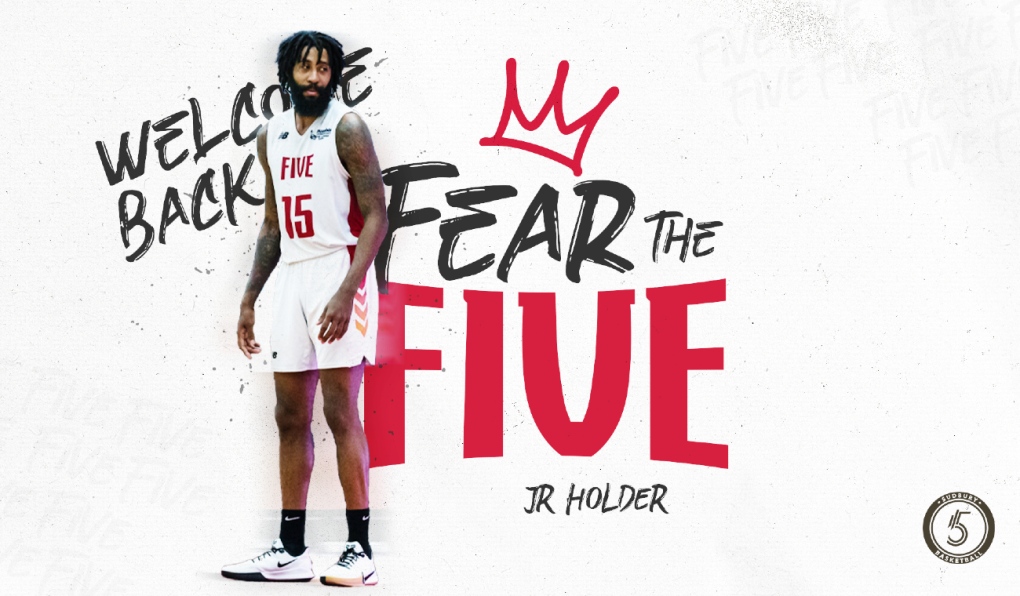 Holder is a former NBLC Newcomer of the Year and was a Five fan favourite during the 2019-20 season.

"I am excited to be back with The Five,” Holder is quoted as saying in a news release from the team.

“We have unfinished business from my first year here with COVID shutting the season down early. I believe that this will be a very special year."

Head coach and GM Logan Stutz said getting Holder back into the fold was a priority.

"He is exactly what The Five look for in a player,” Stutz said in the release.

“He can do a little bit of everything on the court. He's a great teammate and he's great in the community. I am very excited to have JR back in Sudbury."

He was also named the Finals MVP during the 2017-18 season. In his two seasons overseas, Holder averaged 15 points and five rebounds per game, while shooting 35 per cent from the three-point line.

The Five return to action in January when they begin their regular season. The team kicks off the year Dec. 29 with the Pros vs Joes charity game in support of local children’s charities.

An Ottawa restaurateur says he was shocked to find his restaurant broken into and even more surprised to discover a giant hole in the wall that led to the neighbouring jewelry store.

Mendicino: foreign-agent registry would need equity lens, could be part of 'tool box'

Public Safety Minister Marco Mendicino says a registry to track foreign agents operating in Canada can only be implemented in lockstep with diverse communities.

Vaccine intake higher among people who knew someone who died of COVID-19: U.S. survey

A U.S. survey found that people who had a personal connection to someone who became ill or died of COVID-19 were more likely to have received at least one shot of the vaccine compared to those who didn’t have any loved ones who had been impacted by the disease.