The popular TV show Carter, which was shot in North Bay, appears to be coming back for a second season.

On Wednesday the Carter Facebook page stated: “It’s official! Your favourite comedy-crime series will be returning for season 2 on CTV and Bravo.”

Locals have been anticipating the return of the show, shot in and around the North Bay area in the summer of 2017 before premiering on Bravo last May.

The story line follows a Hollywood actor, played by Jerry O’Connell, who travels back to his small hometown after an embarrassing public meltdown where he uses his acting experience to fulfill his dream of becoming a detective in ‘real life.’

If you missed the show, all of the first season’s 10 episodes can be watched on Crave.

The series has since been picked up by a number of networks across the world.

Members of the cast and crew, including star O’Connell, came to North Bay for the Premier last spring at the Capitol Centre. And CTV Northern Ontario sent some lucky viewers to that event. 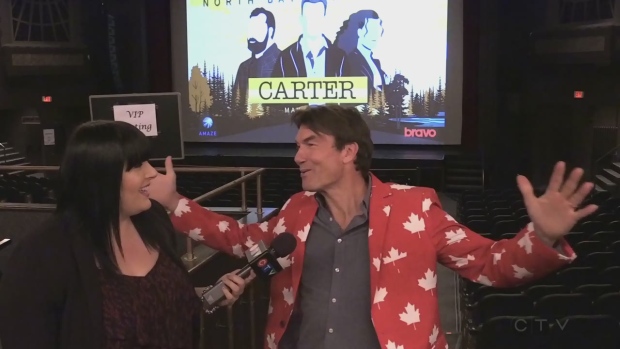 No official shoot dates for season two have been released at this time, but the show says it will be this spring.