'It’s a miracle, through and through': Rescuers who saved drowning girl near Kirkland Lake share their story

TIMMINS -- Rescuers and the family of a seven-year-old girl who nearly drowned May 2 are sharing their dramatic story of how a tragedy was narrowly averted.

The Swastika Fireman's Park, in Swastika, near Kirkland Lake, Ont., attracts all ages. The picturesque Blanche River runs through, but it contains mighty rapids that are currently swollen with spring runoff, creating an unrelenting current.

Parents who live nearby know to warn their children about the danger, including Luigi Fontana. His seven-year old daughter, Emilia, is known to venture into the nearby park. On Sunday evening, she went exploring after supper.

Other people in the park saw her standing on a big rock along the river's edge. Sheena Daviau said it looked like Emilia reached down to touch the water when she fell in, and the strong current grabbed her and bobbed her in and out of the water.

Witnesses say chaos ensued after that. People ran to tell others to call 911, while others jumped in the river to rescue her. Chris Prest was the first, but he said the water was dark and frigid and he couldn't see her.

Daviau's husband, Alec, also took a turn in the freezing cold river, and was able to see her once he got back on shore. It was Alec who pulled Emilia out of the river and saved her life. 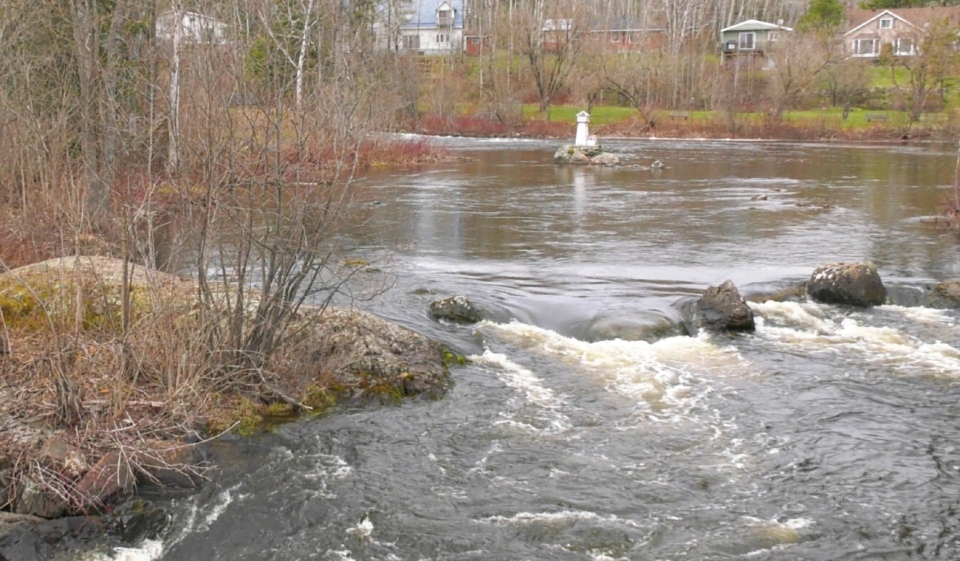 “I just remember seeing her blue eyes," he said. "They were like really, really intense. It’s almost like she was looking up at me ... in the river and I pulled her out and dragged her to the side."

He estimates Emilia was in the water for about 15 minutes, at times submerged under the water.

Fontana also had his try in the water and was able to see Daviau pull her out.

“The part that I’ll never forget is that her eyes were wide open, but they were glossy, bloodshot and there was no life," he said. "She was gone."

That is how it appeared to Fontana, a pastor, who said while Alec Daviau began to administer CPR, he put his hand on Emilia's leg and began to "pray and pray and pray."

And he's relieved he had help from Ren Rivers.

“It’s just lucky he (Daviau) knew what he was doing," Rivers said. "I jumped in and kind of participated and it worked out.”

They said Ontario Provincial Police responded to the scene quickly, around 7:41 that evening. Officers thanked those who begun CPR on Emilia, who they said was unresponsive when she was pulled from the water.

“Between temperature of the water, between the people that found her, when they found her, when the cops arrived, the fact that the helicopter was there, for me, it’s a miracle through and through," said Fontana. "God just brought her back to me."

New to the area, Fontana said he is grateful for the selflessness of his neighbours who were there for his little girl during her darkest hour.