A North Bay family is being recognized by the hospital for a large financial contribution made a decade ago, which helped purchase an MRI machine.

An auditorium at the North Bay Regional Health Centre is being named after the Fortier family -- Claude, Marie and Michel – after donating $500,000 in 2011. 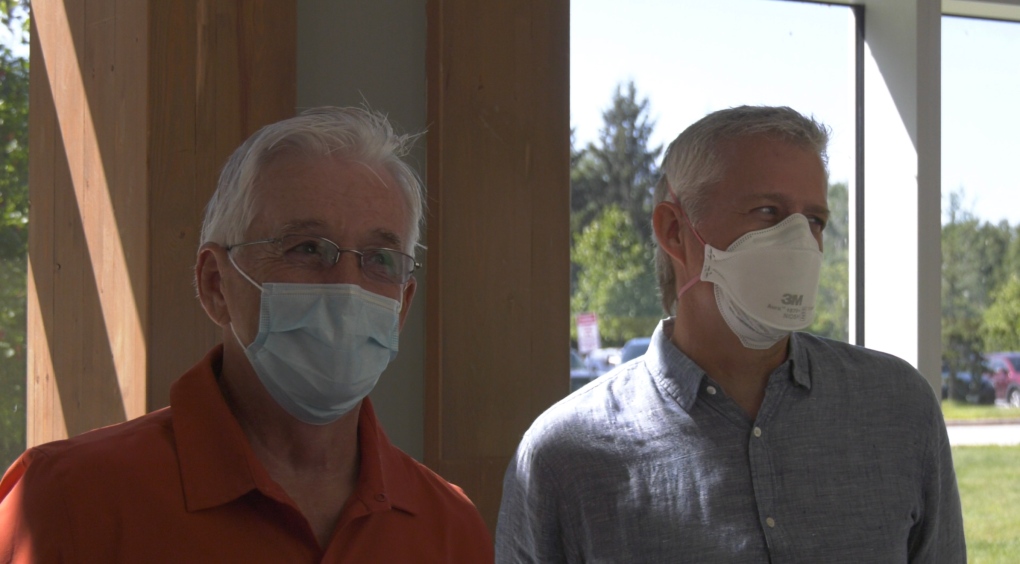 Claude Fortier and his son, Michel, told CTV news they feel humbled to know the hospital they love named the space after them.

"It means a lot to the family for the recognition," Claude said.

He and his wife, Maria, moved from Hearst to North Bay in 1991 and found a love for the city and community.

They began to make small donations to the hospital foundation seeing the need to expand health care in the city.

The hospital used the donated money to purchase its first MRI machine and brought four radiologists on board to diagnose patients.

"This day to celebrate philanthropy is just so inspiring and rewarding and we're just so happy to be able to recognize the Fortier family in this meaningful way," said Tammy Morison, the hospital foundation president.

Before the MRI was installed, Fortier heard from seniors who described their trials and tribulations they faced, sometimes driving hours away just to get a scan.

"It makes it easier for the locals. They don’t have to travel long distances to get the services," Claude said.

"It would be a real tragedy if we didn't have this after COVID."

The MRI machine was upgraded in the fall of 2021 to improve capability and to get an accurate and timely diagnosis, whether that's a cancer screening or for having the correct operation.

"He's really been spearheading this with Tammy and the whole foundation to encourage others to contribute," said Michel Fortier, commenting on his father’s generosity.

The upgraded MRI has an extra wide bore and table that can support patients up to 550 pounds.

It was through planning and community generosity that allowed the hospital to keep the MRI magnet during the $1.7 million upgrade.

"More than 72,000 scans have been performed by our MRI machine since its implementation," Morison said.

As for Claude, he said he hopes his story will inspire others to donate to the hospital foundation.

"I only wish I had more money, so I could give more," he chuckled.

Towns in Cape Breton and on Newfoundland's southern coast declared states of emergency on Saturday as post-tropical storm Fiona -- one of the strongest storms to ever strike Eastern Canada -- continued to lash the region.

The town of Port aux Basque in Newfoundland is under a state of emergency as first responders cope with electrical fires, residential flooding, and washouts due to post-tropical storm Fiona.

What will happen to the wild horses on Sable Island impacted by Fiona?

Shaggy, long-maned wild horses grazing freely on the sandy grasslands of the crescent-shaped Sable Island in the North Atlantic are expected to come under the swipe of a powerful storm forecast to hit eastern Canada this weekend.

Russian forces launched new strikes on Ukrainian cities Saturday as Kremlin-orchestrated votes took place in occupied regions to create a pretext for their annexation by Moscow, while hundreds of people were arrested in Russia for protesting a military mobilization order aimed at beefing up the country's troops in Ukraine.