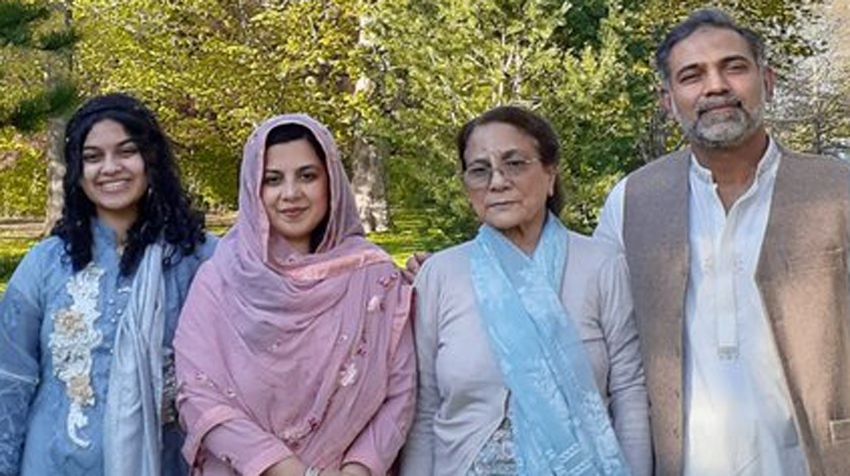 Salman Afzaal, his wife Madiha Salman, their daughter Yumna Afzaal and Afzaal’s 74-year old mother Talat were killed June 6 as they were out for an evening stroll. Nine-year-old Fayez Afzaal survived, but remains in hospital. (File)

SUDBURY -- The Islamic Association of Sudbury is holding a vigil Friday in memory of the victims of the terror attack in London, Ont.

The event will be held at 6 p.m. at Memorial Park in downtown Sudbury.

Salman Afzaal, his wife Madiha Salman, their daughter Yumna Afzaal and Afzaal’s 74-year old mother Talat were killed June 6 as they were out for an evening stroll. Nine-year-old Fayez Afzaal survived, but remains in hospital.

London police have said they were targeted because they were Muslims, and the attack was motivated by hate.

Nathaniel Veltman, 20, has been charged with four counts of first-degree murder in connection with the attack.

"There is evidence that this was a planned, premeditated act and that the family was targeted because of their Muslim faith," said London Police Service Det.-Insp. Paul Waight said during a briefing earlier this week.

Veltman was arrested about seven kilometres from the crash near the Cherryhill Village Mall in London. Police have said he was wearing body armour at the time of his arrest.

In Sudbury, Mayor Brian Bigger released a statement Tuesday, saying Canadians were "shocked" by the act of domestic terrorism.

"It is difficult and disturbing to remind ourselves that hatred knows no borders, and that racism and Islamophobia continue to exist here," Bigger said in the statement. "On behalf of city council and the people of Greater Sudbury, our hearts go out to the victims of this senseless, hateful act. To their family, friends, neighbours, colleagues, classmates and all the people of London, we send you our thoughts and prayers of strength and healing.

"And to our Muslim community here in Greater Sudbury and right across Canada – we love you and we stand with you. This country belongs to all of us, and there is no space for hatred."

What we know about Nathaniel Veltman, the man charged in the London, Ont. attack

'This was a terrorist attack,' PM Trudeau says as MPs reflect on Islamophobia after family killed

Could the London, Ont. vehicle attack suspect face terrorism charges? What we know