Investigation into fatal overdose leads to arrest of two at Barrie hotel, 440 hits of fentanyl seized 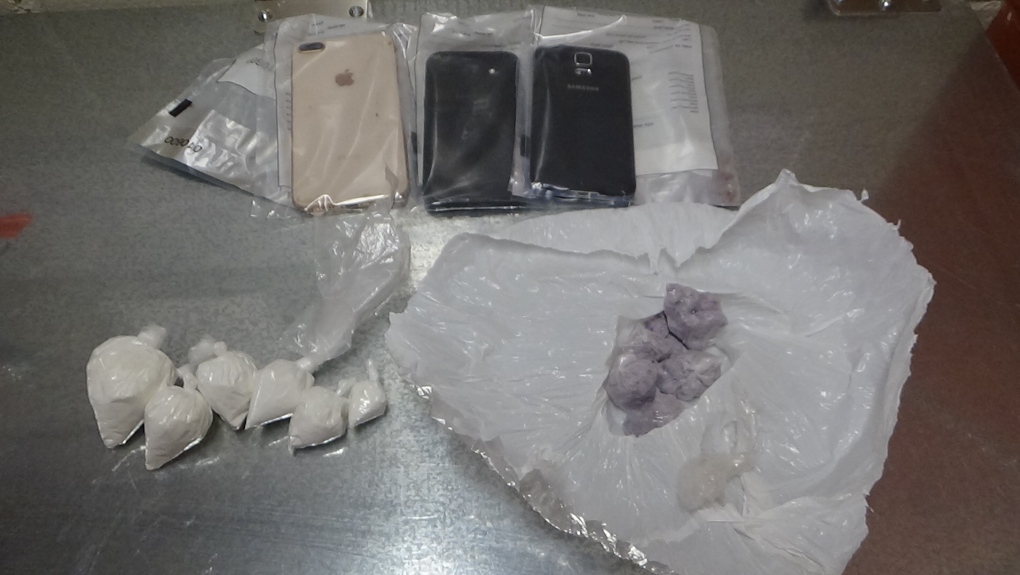 Drugs seized during search at a Barrie hotel Dec. 2/20 (OPP)

SUDBURY -- Ontario Provincial Police said a Muskoka drug trafficking investigation that began in October has resulted in the arrest of two people and more than $30,000 in powerful opioids being seized at a Barrie hotel earlier this month.

In a news release issued Monday, police said during the investigation into a fatal opioid overdose, two searches were carried out and officers seized about nine ounces of cocaine, 44 grams of fentanyl, and 145 hydromorphone pills.

During the search at a hotel in Barrie, two 44-year-olds, a man from Bracebridge and a woman from Huntsville, were arrested.

"One of the accused went into medical distress the next day and was admitted to hospital," police said.

As a result, Ontario's Special Investigations Unit has invoked its mandate.

Both remain in custody. The woman's next court appearance is scheduled for Dec. 15, while the man's bail court hearing is Dec. 17.