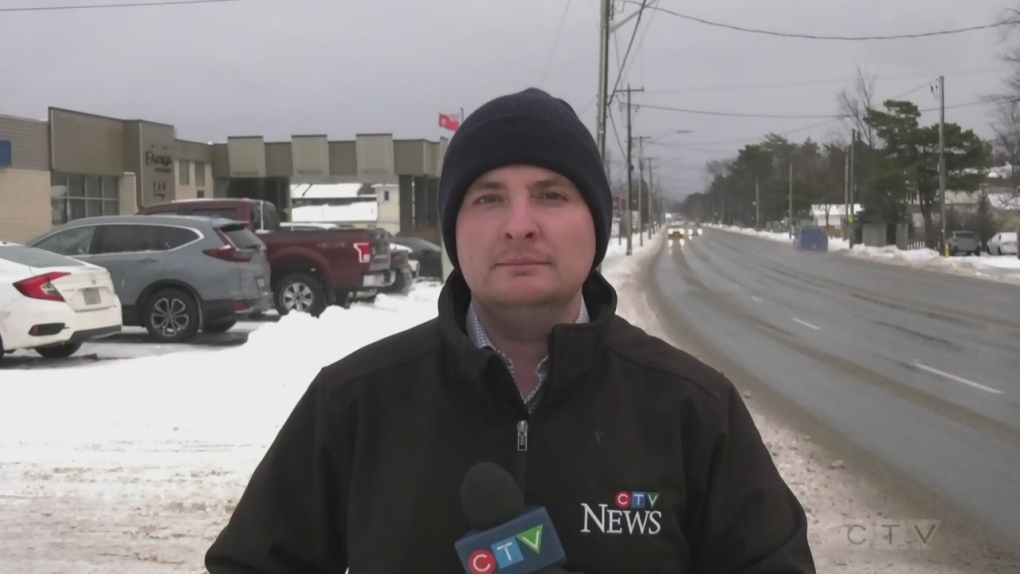 An inquest is underway looking into the events surrounding the death of a North Bay man after an interaction with North Bay police officers.

Gordon Dale Couvrette was 43-years-old when he died in the hospital on Feb. 22, 2018, after police were called to a domestic dispute at a home on Harris Dr. An inquest into his death is mandatory under the Coroners Act.

The inquest is taking place at the Best Western Hotel on Lakeshore Dr. and is expected to last five days. The five person coroner’s jury will hear from 10 witnesses including: police, family, experts, a forensic pathologist and Couvrette’s former girlfriend.

His brother and mother testified on day one calling him a loving father to his son, a handy man with a talent for painting homes and loved fishing, swimming and canoeing. He went to school at Laurentian University after high school to study to become a school teacher. They admitted he did struggle with a drug addiction, but tried to help him find help.

North Bay’s Dr. Steven Bodley will be the presiding officer. Jose Rodriguez and Cecilia Martin will be the inquest counsel.

No charges were laid against North Bay police officers after he died after being tasered in his bedroom during the arrest. The Special Investigations Unit (SIU) determined there were no wrongdoing and no grounds to lay criminal charges in relation to the death.

Shortly after 5 a.m. that morning, officers were called to a home by a neighbour about a domestic dispute. Police say some hours before the incident, Couvrette had ingested a quantity of a number of drugs, including cocaine, hydromorphone and morphine and then became “extremely agitated and paranoid”.

The SIU’s investigation found he grabbed a golf club that was in the room and started swinging it at an imaginary person, who he believed was there to harm him and his girlfriend. She tried to calm him down but to no avail. He grabbed her by the hair and placed her in a headlock. By the time of the officers’ arrival, they were both on the floor.

His then girlfriend testified Monday afternoon during the proceedings that he became confused and thought she was an attacker.

According to the SIU report and testimony, soon after entering the home, two male officers struggled with Couvrette and tried to subdue him. After several minutes of attempting to grapple him into submission, one officer deployed his taser but this had “no discernible effect”.

The officers had great difficulty because of what was described as Couvrette’s “superhuman strength” and the perspiration covering his body.

"In time, the officers were finally able to gain control of the man who was believed to be suffering from drug-induced psychosis," adds the report. "While waiting for an ambulance, the man’s breathing began to fail and as such, officers began to administer CPR. The paramedics took charge of the man’s treatment and eventually transported him to the hospital where he was pronounced dead."

The subsequent post-mortem examination report described the cause of Couvrette's death in the following terms: “Sudden death with no anatomical cause associated with acute-on-chronic cocaine and amphetamine abuse/intoxication, forcible struggle and possible excited delirium syndrome.”

The goal of the inquest is to allow the jury to choose to make recommendations aimed at preventing future deaths in similar circumstances.