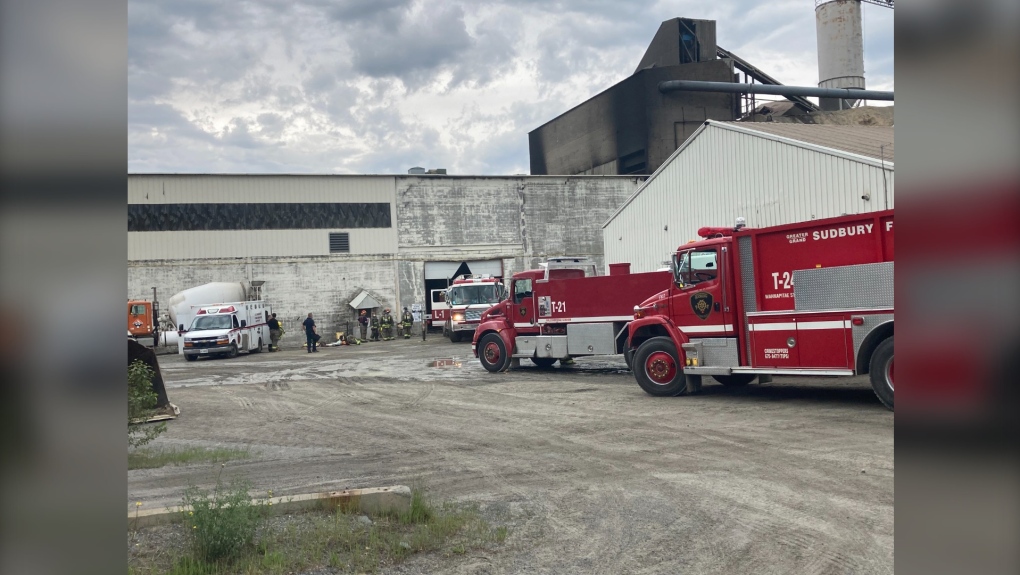 The Deputy Fire Chief confirms no one was hurt and it's not believed anyone was inside the Fisher Wavy plant at the time. Fire officials said specialty concrete products are manufactured at the site. June 5/21 (Alana Everson/CTV News Northern Ontario)

SUDBURY -- At approx. 6:00 a.m. on Saturday Greater Sudbury firefighters were called to a major industrial fire at Fisher Wavy in Garson. Motorist passing by called 911 after seeing thick black smoke.

"There is a lot of industrial equipment inside, conveyor systems, rubber belts, chemicals things of that nature," said Jesse Oshell, Deputy Fire Chief of the Greater Sudbury Fire Service.

"So there certainly is a lot of hazard. It's an older building, so the construction of the building is a concern to us. The length of tike the fire was allowed to burn and spread and the heat in the building, so certainly we are being very very cautious."

O'Shell said early damage estimates are over half a million dollars but said that could grow quickly depending on damage to the equipment.

Few details have been released but Deputy Fire Chief Jesse O'shell did confirm Greater Sudbury paramedics were on scene to perform medical checks and that “tanker operations” were taking place in the area.

Our @CGSParamedics assisting with rehabilitation and medical checks on the fire scene. Volunteer and Career Firefighters worked together to control this incident. As a team we are all stronger! pic.twitter.com/hax0hRnCS6


O'shell also said volunteer firefighters attended the scene and the fire has been controlled.