Importance of investing in the 'green economy' 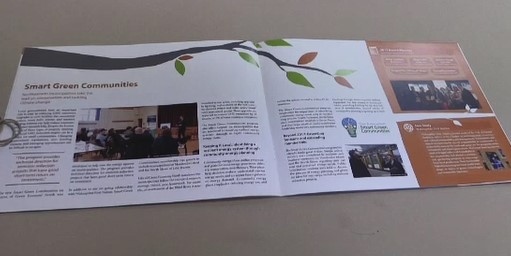 SUDBURY – This past election saw the environment emerge as one of the top issues for voters.

Tim Nash, the founder of Good Investing, is bringing forward the message that the green economy is here now and not some future idea.

"It's any company, any organization, that is working on either low carbon transition, working on environmentally friendly goods and services, and really working to make the existing economy more efficient," explained Nash.

Since he began following the green economy in 2009, Nash says private investments in the sector have grown tenfold globally.

"I know businesses care a lot about their bottom line, so companies that are embracing sustainability in the green economy are going to realize lower costs through efficiency savings. Also, their employees are going to be more productive because what we find is when people really feel good and care about the place where they’re working, they are going to work a little bit harder," said Nash.

Hugh Kruzel is with the Northern Centre for Advanced Technology (NORCAT).

He says he's encouraged regarding the impact these green ideas can have in the north.

"I think most people see it as being an expensive next step, but in fact yes, there may be some expense to it but in the long run, the payoff will be there," he explained.

While he understands there is still reluctance, Nash says businesses have a lot to gain.

"I'm trying to make them feel a little bit greedy to understand that there is massive financial opportunity when it comes to embracing the green economy… and also understanding the risk that if you ignore a lot of these issues that you could be left behind as the economy transitions," says Nash.

He adds that businesses that work towards sustainable options are often more productive work environments, as people tend to care more about their workplace.

Nash says he expects to see the green economy become mainstream over the next five to 10 years.

"For people looking to work in this industry, it’s probably a good idea to go back to school, to get a little bit more training, to talk to local businesses to understand where are the growth drivers (are) and, obviously, be able to position themselves to benefit from those opportunities," said Nash.

"Too often, we live here in the north, in a kind of less-hopeful environment. We see closure of towns and factories and forestry for one, but in fact,really there’s a lot of hopefulness in the mining industry and employing young people," said Hugh Kruzel, NORCAT.