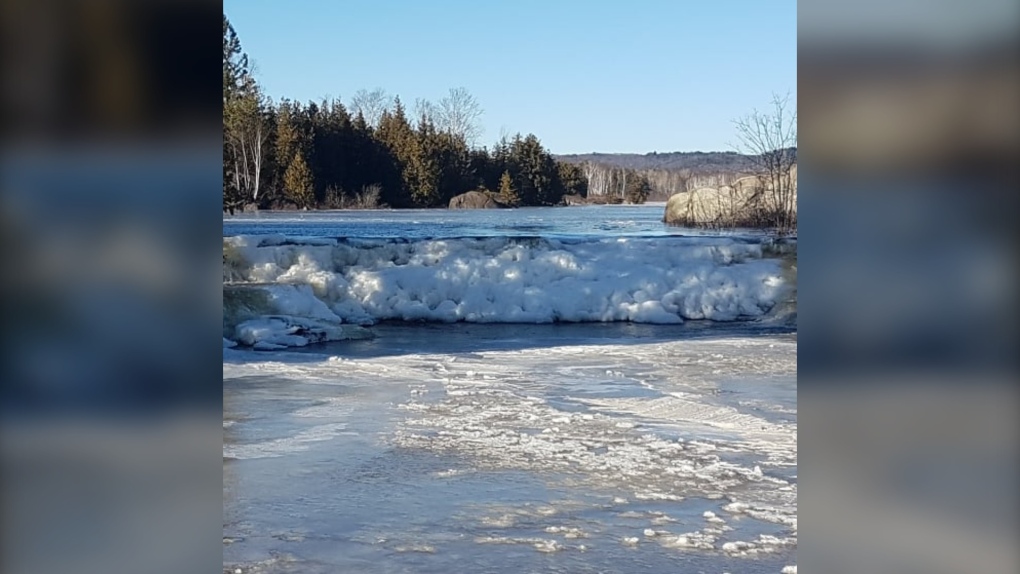 SUDBURY -- The cold temperatures and strong winds created ice jams on the Vermillion River overnight in the Greater Sudbury community of Capreol.

Temperatures in the Sudbury area reached a low of -16C with the wind chill with wind gusts of up to 70 km/h at times on Tuesday.

Ray Pauze told CTV News in an email the ice jams are about five-feet high.

Anoop Naik, a water services specialist with Conservation Sudbury told CTV's Jaime McKee that they are monitoring the river closely.

“If the weather co-operates, the entire ice jam can melt away, with in a couple of days," Naik said. "If there is more wind and more ice from the stream pushing upwards, it could complicate things. So the only thing we can say without commenting if it’s severe or moderate is that it’s always concerning and we need to be prepared for anything.”

He said they are advising public to stay away.

“I understand the curiosity, with any such ice jam that we haven’t seen in a long time, can attract a lot of curiosity, people are going to want and come to see what it looks like," Naik said. "But stay away from it … It can lead to flooding, upstream or downstream. Once the ice jam breaks, it can lead to a rush of water downstream.”

Many Capreol homes have berms, so if the river does flood houses are protected. Capreol resident Nancy Dicarlantonio said there's usually a lot of snow this time of year on the river.

“So the damming up situation I’ve actually never seen before,” Dicarlantonio said. “It’s kind of cool the way the water is rushing down. We don’t want any floods, but we have our berms so we should be OK.”

Often seen in bodies of water during the spring thaw, ice jams are often formed by rapidly changing weather and colder than average winters, according to the GTA Flood Group.

"Likely sites for ice jams include areas where a widening or deepening of the river channel causes sudden reductions in the water velocity, and/or where there are sudden changes in the direction of flow, such as constrictions in the river channel or at bridges and their approaches," said an online ice jam info sheet based on the River Ice Manual, MNR 1984. "The ideal time to release a jam is just after it has formed, starting at the outlet and moving upstream. If the flow has dropped, blasting the jam will be ineffective due to the lack of sufficient water to carry the loosened ice downstream."

While interesting to look at, the natural phenomenon could cause flooding.