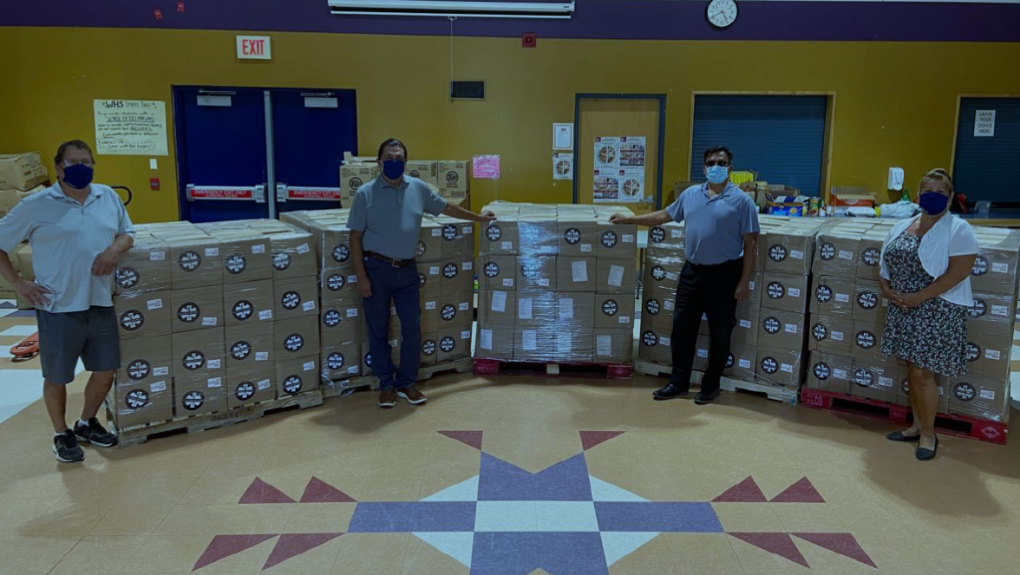 SUDBURY -- Three Indigenous women from northeastern Ontario have earned $10,000 scholarships from Hydro One as the company teams up to deliver special aid kits to help First Nation families.

As part of a provincial initiative based on feedback from Indigenous communities and leaders, 10,000 aid kits of food and safety supplies are being distributed across Ontario.

On Tuesday, 575 of those kits were delivered to Wiikwemkoong Unceded Territory through a partnership between Hydro One and GlobalMedic, a charity that specializes in disaster relief.

Chief Duke Peltier said the kits will assist keeping Wiikwemkoong Anishinabek safe and healthy during these unprecedented times in a news release.

"We have a responsibility to give back to the communities where we work and live and support Indigenous families during this challenging time," said Imran Merali, Vice President, Indigenous relations and customer service at Hydro One.

In an effort to increase Indigenous representation in the hydro company's workforce, 20 Indigenous students are each awarded a $10,000 scholarship named after the first Indigenous electrical engineering graduates in Ontario.

This year, three women from First Nations in northeastern Ontario have been chosen out of 20 students to received the Leonard S. (Tony) Mandamin Award.

Wiikwemkoong's Amy Shawanda is one of this year's award recipients. She is studying for her PhD in Indigenous Studies at Trent University.

Amanda Hardista is a member of the Sagamok Anisnawbek First Nation and is in her second year of a Bachelor Degree program at Algoma University. She is studying Aboriginal and Northern Studies.

Chelsea Renaud is studying her third year for her Bachelor Degree at Laurentian University in Indigenous Relations. Chelsea is a member of Matchewan First Nation.